The agency’s 2017 budget request is an opportunity to continue fighting global poverty through economic growth in the coming year and expand on the success of the MCC model to: 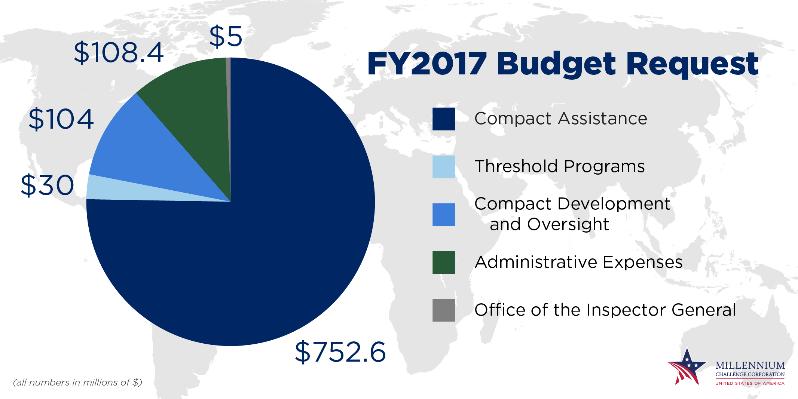 The Millennium Challenge Corporation is an innovative and independent U.S. Government agency working to reduce global poverty through economic growth. Created by the U.S. Congress in January 2004, with strong bipartisan support, MCC provides time-limited grants and assistance to countries that demonstrate a commitment to good governance, investments in people and economic freedom. Learn more about MCC at www.mcc.gov.