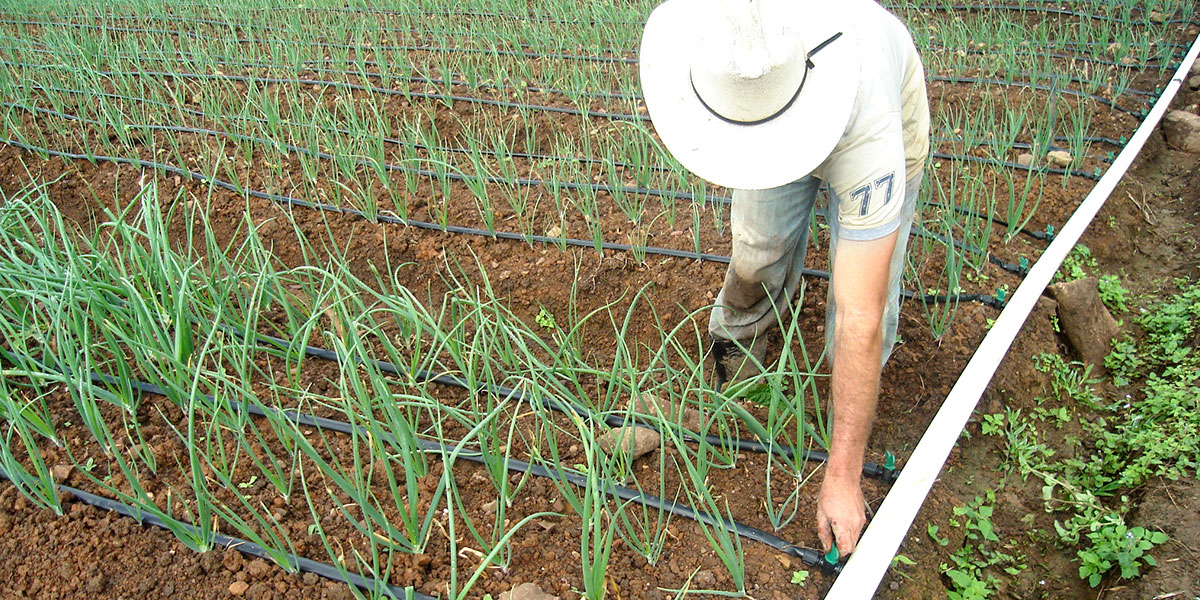 MCC’s $113 million Nicaragua Compact (2006–2011) supported those living in the Leon and Chinandega region through three projects; this was the $33 million Rural Business Development Project. The project developed business plans with approximately 8,000 farmers, approximately 6,500 of whom adopted improved techniques by implementing these business plans. The program aimed to increase farm productivity, product quality, and access to markets, which in turn would increase farm income, employment, and investment.

MCC commissioned various researchers to conduct a series of independent final evaluations, both performance and impact, of the Rural Development Project. This brief covers four individual reports for the project. Full reports of results and learning are here: https://www.mcc.gov/our-impact/independent-evaluations?fwp_indeval_country_program=6330.

All evaluations are final evaluations. The two impact evaluations (livestock, sesame, beans, vegetable, and cassava farmers and rice and plantain farmers) were designed to determine whether farmers increased their:

The two performance evaluations (forestry farmers and ProNicaragua) were designed to answer the following questions:

As a result of the project, livestock, sesame, beans, vegetable, and cassava farmers increased farm income and capital (e.g., tools, installations, fences, etc.) but did not increase household income as measured by consumption, compared with farmers with less time in the project. On average, farm income rose by 30%, and mobile and fixed capital stocks grew by $2,000 and $1,300, respectively. However, the impact was heterogeneous. For approximately 25% of farmers, impacts were significantly larger than average impacts, but for another 25% of farmers, there were no observable impacts.

Rice farmers received drying patios to lower the moisture content and increase the sales price of the rice, but these had no significant effects on yields or revenues. In addition, plantain farmers received irrigation equipment and raised the average value of plantain sales by 72%. Because the program costs were high, the rate of return on these investments ranges from 7% to 27% (rice) and from -23% to 13% (plantain). The rate of return estimates present a range of feasible returns. The lower bound assumes assets last for 5 years while the upper bound assumes assets last for 20 years. Costs include both MCC contributions (approximately 22% of costs) and beneficiary contributions (approximately 78% of costs).

The compact included wide-ranging language describing this intervention but not a detailed program logic, which complicated implementation. The reforestation intervention experienced technical issues, including assigning forestry staff to resolve land title issues, which diverted them from providing technical support. These challenges resulted in reforestation targets that were not met and forestry-related businesses that were not established.

The program logic appeared sound and led to focused investment promotion activities. Although international businesses invested and created jobs in the region, these results cannot be attributed solely to ProNicaragua. Lastly, ProNicaragua’s monitoring procedures could have been improved through independent verification.

MCC considers a 10% economic rate of return (ERR) as the threshold to proceed with investment.

Evaluation-based ERRs were as follows:

A randomized rollout impact evaluation was conducted in which half of the eligible beneficiaries were offered the program first in 2007 and 2009, and half were offered the program later in 2009 and 2011. Beneficiaries were exposed to the program for varying periods ranging from 0 to 50 months. Household surveys were conducted in three rounds: before implementation in 2007, at midline in 2009, and at program end in 2011. The sample size was 1,600 households, split between those that received the early rollout (in 2007 and 2009) and those that received the program later (in 2009 and 2011).

A performance evaluation using a first differenced regression model was conducted. Beneficiaries were exposed to the intervention for two years. For rice farmers, 300 farm households were surveyed in two rounds shortly after the post-harvest stage of the agriculture calendar in 2010 and 2011. For plantain farmers, 150 farm households were surveyed in 2010 after irrigation equipment was expected to result in higher production. The survey asked retrospective questions to estimate a baseline.

A performance evaluation was conducted that relied on program monitoring data and qualitative interviews with key informants. In addition, at the conclusion of the program, MCA-Nicaragua, the implementing entity, contracted an independent forestry expert to assess certain technical components of the forestry activity, including 9,000 trees on approximately 1,200 manzanas, which constituted 12% of the reported planted area.

A performance evaluation was conducted that relied on program monitoring data and qualitative interviews with key informants. Four of the 12 businesses identified as investors were willing to be interviewed by the evaluator.