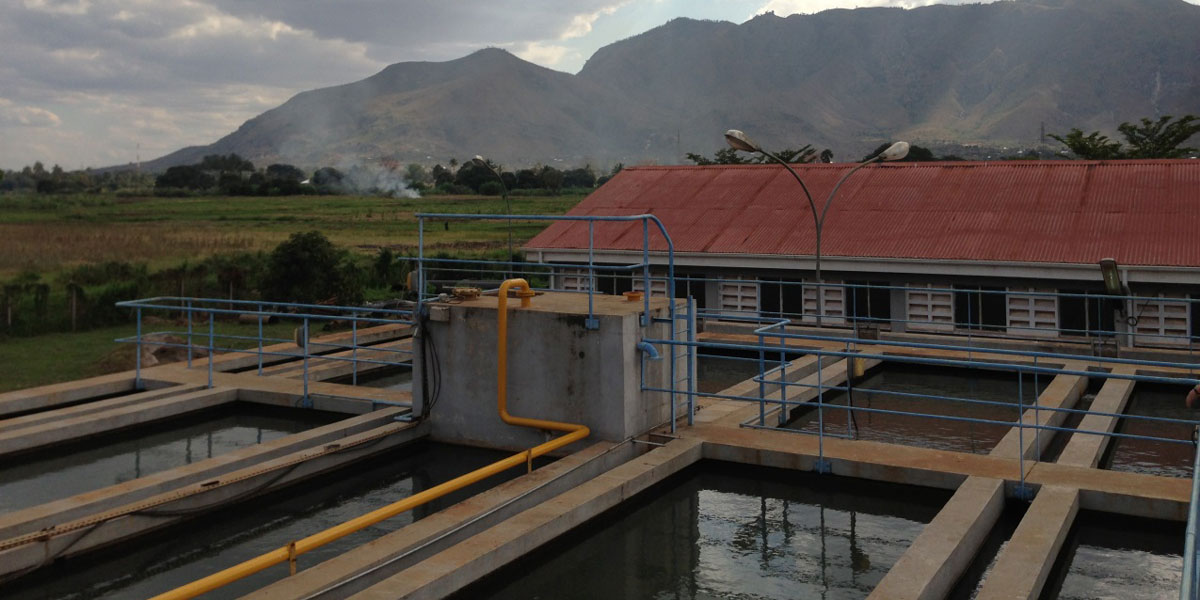 MCC’s $695 million Tanzania Compact (2008-2013) funded the $12 million Morogoro Water Supply Activity in Morogoro, which was part of the $54.6 million Water Sector Project (WSP). The objective of the project was to increase investment in human and physical capital and reduce the prevalence of water-related diseases. The activity aimed to increase production and quality of water by rehabilitating the Mafiga Treatment Plant and building a new treatment plant in Mambogo. The activity increased water supply from 23 to 33 million liters per day (MLD) in Morogoro.

The final impact evaluation was designed to answer the following questions.

The intervention increased production volume and quality of piped water in Morogoro. At the time of the study, both plants were fully functional with no major maintenance issues. Ongoing challenges include power cuts that affect production and long-term reliability of equipment, and the need to accommodate growing demand. Additionally, Morogoro Urban Water Supply and Sewage Authority’s (MORUWASA) revenues are sufficient only to cover operations, not major improvements or maintenance.

The evaluation consisted of a performance evaluation and impact evaluation to measure how supply change affected outcomes of interest at the household level. The quasi-experimental impact evaluation measured 1-year impacts of the project at the system and household levels, utilizing a continuous treatment with Generalized Propensity Score Matching (GPSM) approach to quantify the impacts of incremental changes in water supply on short- and medium-term project outcomes. However, this approach relies on the assumption that the program would increase overall continuity for households, which did not happen because of utility management decisions to prioritize equity. As such, the impact analysis also included the use of ordinary least squares (OLS) and Instrument Variable regressions to triangulate findings. The impact analysis was complemented by a process evaluation that examined program implementation, outputs, and sustainability at two points in time: 1 and 2 years after program completion. The evaluation for the Morogoro Activity was originally intended to have two rounds of data collection. However, after a thorough review, MCC decided that the cost of another household survey in Morogoro outweighed the additional learning that was expected from another round of data collection.

Two rounds of data were collected for this evaluation. The baseline occurred between April and Septem ber 2013, followed by a subsequent round of data collection conducted between August and November 2015 and involved the following data sources: