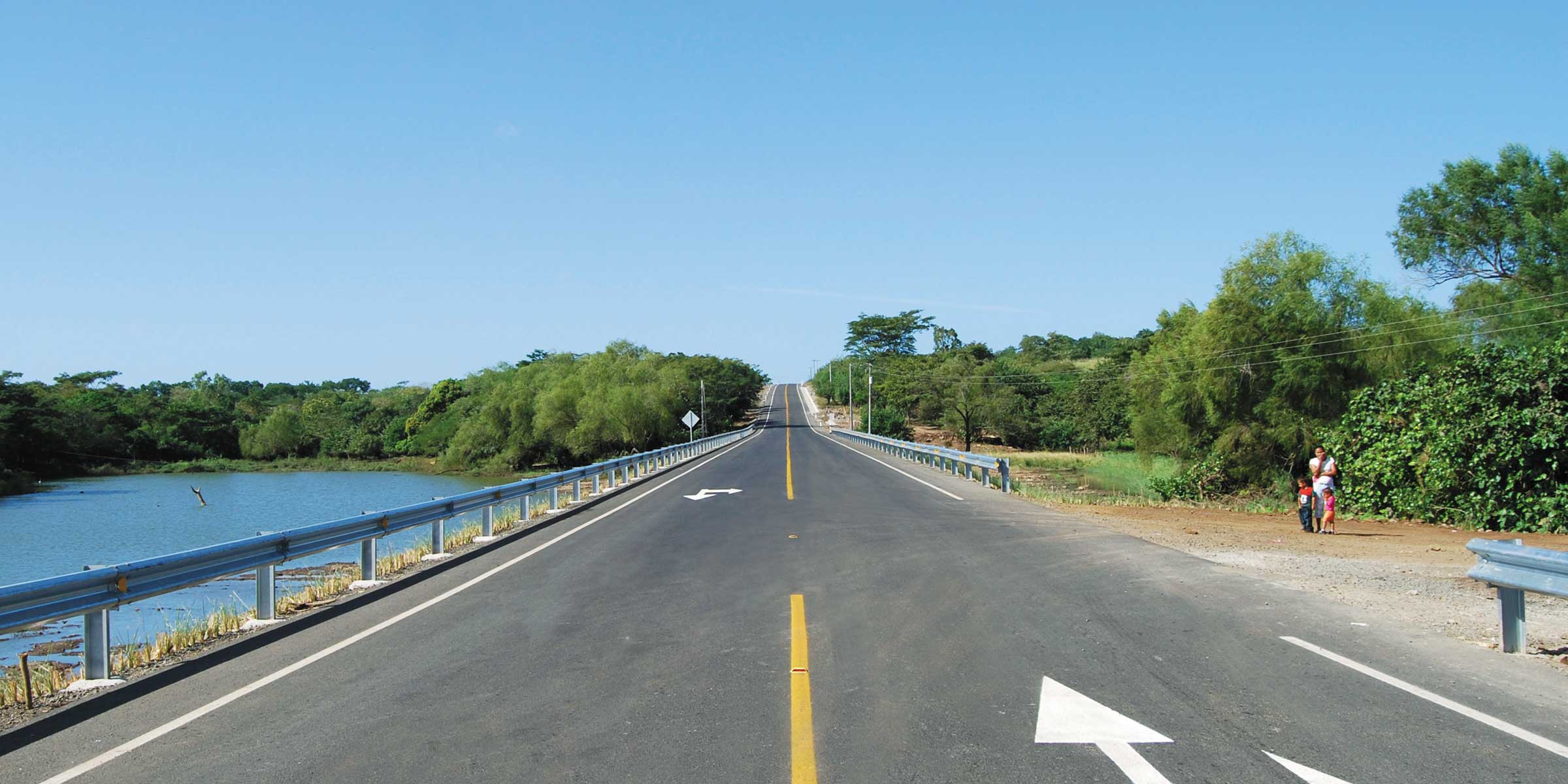 MCC’s $113 million Nicaragua Compact (2006-2011) supported those living in the Leon and Chinandega region through three projects, one of which was the $58 million Transportation Project. The project rehabilitated 18 kilometers of highway between Villanueva and Guasaule and 50 kilometers of rural secondary routes to improve community access to markets and social services. The project aimed to decrease transportation costs, thereby increasing the availability and lowering the price of consumer goods.

Availability and Costs of Goods

The transport project led to substantially improved road quality. The number of vehicles using the road increased on all three roads and surpassed the expected traffic growth. While the road upgrades led to increased use, the costs were twice the feasibility-study estimates. Because of higher costs, none of the roads had an ERR greater than 10 percent; ERRs ranged from -3.9 percent to 4.5 percent compared to initial estimates of 13 percent. These evaluation-based estimates are conservatively low given that all road upgrades were completed in 2010 with traffic counts occurring in 2010, less than one year later. However, literature suggests that road users may take two to five years to adjust to road improvements.

Availability and Costs of Goods

The Original ERR for Transport Project was based on reductions in vehicle operating costs and time savings of road users and is a weighted average of the returns for the three road segments. The evaluation-based ERRs are lower due to higher costs, on average 2.2 times higher than estimated costs. The estimated benefits (reductions in vehicle operating costs and travel times) are consistent with the feasibility estimates.

An independent ex-post ERR was calculated using a modified Road Economic Decision model. All road upgrades were completed in early 2010 with traffic counts taking place in 2010, for an exposure period of less than one year. In addition, traffic and Origin-Destination Surveys were conducted in 2008 and 2010.

Communities near the road model

An impact evaluation using a difference-in-difference with propensity-score matching methodology estimated how the local economy responded to lower transportation costs. The double difference was comprised of: