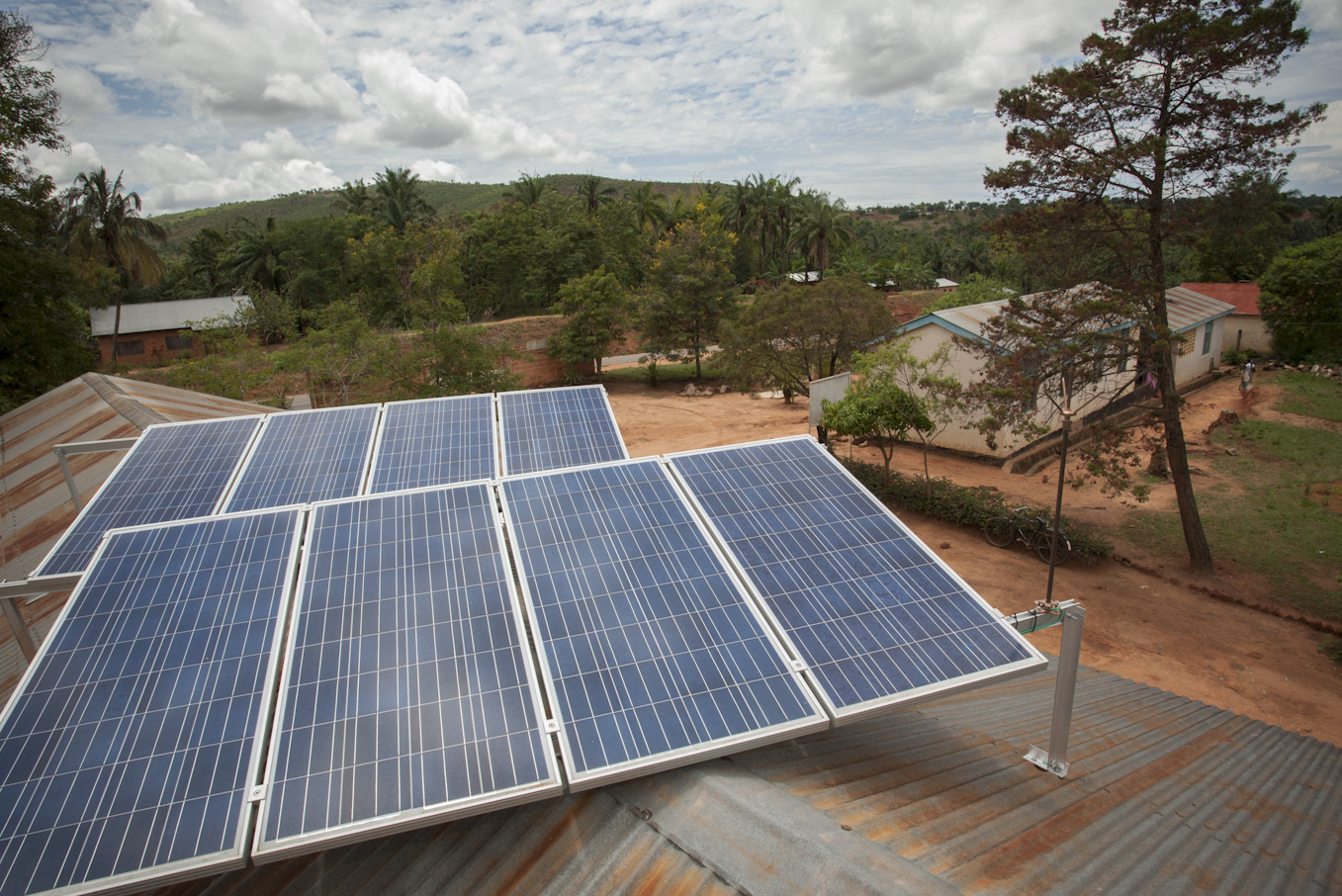 The MCC $694.5 million Tanzania Compact (2008-2013) funded the $199.5 million Energy Sector Project, which included the $11 million Kigoma Solar Activity to provide photovoltaic systems to address energy needs where energy infrastructure and access to grid electricity was limited. The compact originally did not include the Kigoma Solar Activity; the activity was developed to replace the Malagarasi Hydropower and Kigoma Distribution Activity, which was canceled due to environmental risks. The Kigoma Solar Activity aimed to increase the use of solar-powered electricity, thereby reducing non-solar electricity consumption, which includes the use of kerosene and diesel.

Use of PV Systems and Other Sources of Energy

This final performance evaluation was designed to answer the following questions:

Most of the beneficiary groups targeted received the PV systems funded by the compact. Schools, health facilities (dispensaries and health centers), and businesses in village markets generally received access to solar PV systems according to plan, and individual households and businesses purchased systems through Savings and Credit Cooperative Organizations (SACCO). The Kigoma Solar Activity included a household solar energy demonstration program as well as direct investments in electricity facilities for certain unconnected customers in the region. However, despite PV systems having been marketed to fishermen, none of those surveyed reported having had access to PV systems. In addition , survey respondents did not recall receiving the SMS messages that were designed to disseminate information about the activity to large audiences.

Although compact-funded systems seemed to perform better than other solar systems, users of all solar systems experienced problems fairly frequently. The most commonly reported challenges were cleaning the system (reported by 46 percent of participants), insufficient battery capacity (29 percent), and problems with socket extensions (21 percent). Only a small proportion (22.1 percent) of targeted respondents received the maintenance and repair training that was designed to be a component of the Kigoma Solar Activity.

Use of PV Systems and Other Sources of Energy

While hours of solar electricity use increased dramatically over time for the targeted group (from an average of 98 hours per month to 399.5 hours per month in the target group between baseline in 2012 and follow-up in 2015 and from 55 hours per month to 174 hours per month in the non-targeted group), it appears that most of this occurred by the time the interim survey was completed, shortly after the systems were installed. Due to the limited exposure period, larger changes in electricity usage could not be adequately measured. In contrast, though, solar use increased more slowly for the non-targeted group than the targeted group between baseline and interim, while the reverse was true between the interim and endline surveys. This suggests that targeted respondents began using their solar systems shortly after receiving them, and that non-targeted respondents may have chosen to obtain solar systems through other sources in the period between the interim and follow-up data collection periods.