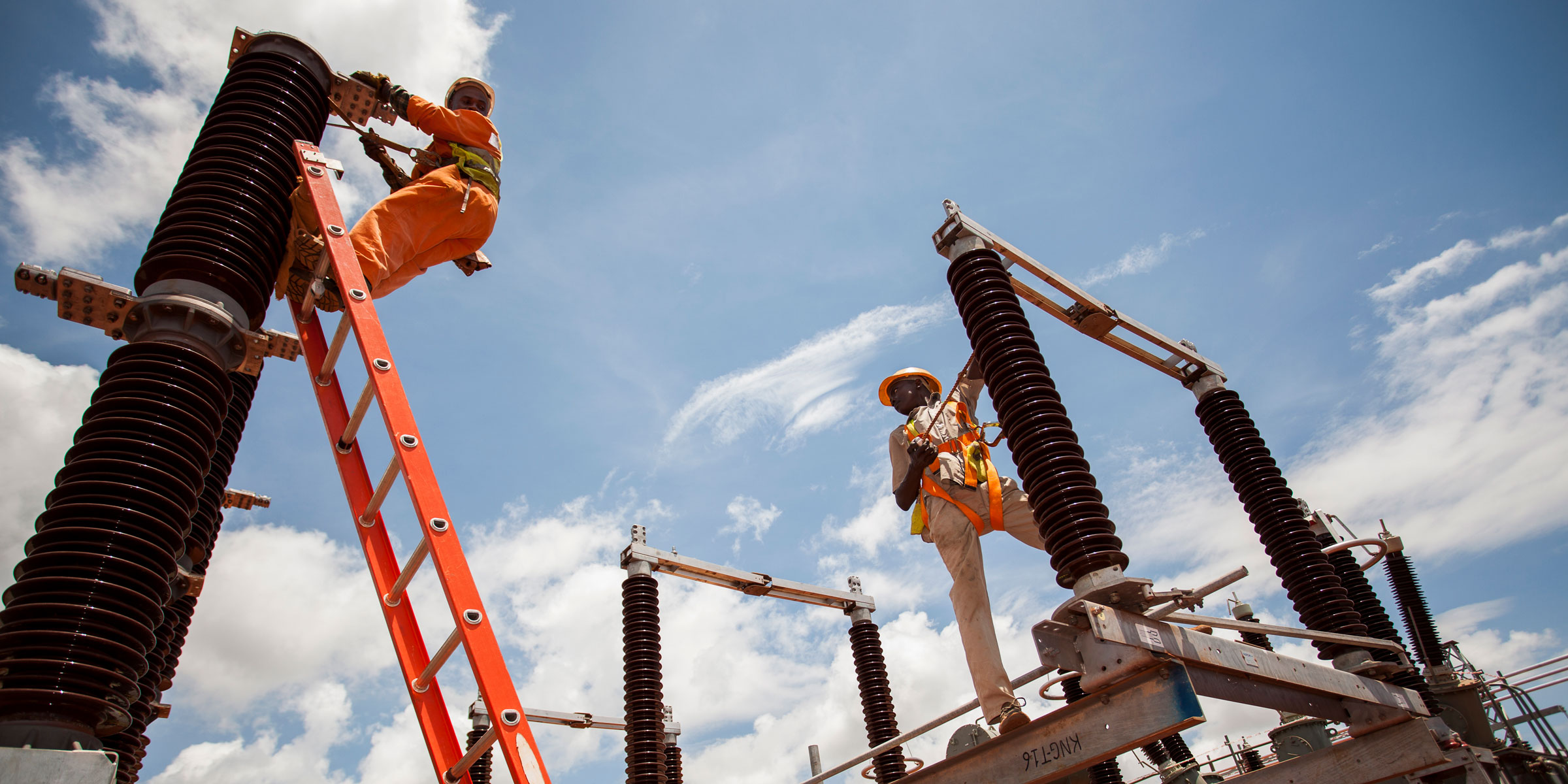 MCC’s $694.5 million Tanzania Compact (2008-2013) funded the $199.5 million Energy Sector Project, which included the $124 million Distribution Systems Rehabilitation and Extension (T&D) Activity that extended power lines to increase electricity access. MCC also funded a financing scheme (FS), which offered a connection fee subsidy in some communities to spur grid connections. The T&D Activity theorized that improved access to and sustained use of lower-cost electricity would produce long-term savings and growth for grid-connected customers in 178 communities across seven regions of Tanzania.

Grid Connections and Energy Use

The final impact evaluation was designed to assess the average impacts of providing communities with new electricity distribution lines on household-level outcomes. It also tested the additional impact of offering a connection fee subsidy among a small group of pilot communities through the FS. Lastly, the evaluation analysis explored the household impacts of actually connecting to the electricity grid, which was an additional step that households and businesses had to take to make use of the infrastructure that was financed using compact funds. However, these findings are not highlighted in this brief because they only reflect the potential, rather than actual, results of MCC’s investment. The evaluation sought to answer the following questions:

In order for the program’s economic logic to hold, households and businesses needed to make the choice to connect to the new power lines. MCC’s investment expanded access to the electrical grid in program areas, with a connection rate of 21 percent in line extension communities vs. 11 percent in comparison communities. Similarly, the low-cost connection subsidies boosted access with a connection rate of 31 percent in communities that received the offer vs. 18 percent in comparison communities that did not, and only got new lines. Although these effects were positive, connection rates were much lower than MCC’s original projections. MCC had expected that households in the targeted communities would connect immediately upon installation of the lines. However, it is estimated that the program achieved only 10,794 of the 35,000 targeted number of connections at the time of the endline survey, at least 20 months after construction finished on the new lines. Without significant uptake of electricity connections and, therefore, use of electricity, the likelihood of the program having measurable household-level economic impacts is diminished.

The lack of impacts on the overall quantity of energy used by households in program areas is at least partially explained by the substitution of grid electricity for electricity from non-grid sources such as generators and batteries. This substitution may have allowed households to use energy more efficiently.

Neither the line extensions nor the low-cost connection offers had any clear impact on liquid fuel use, which could be explained by a shift away from liquid fuels, like kerosene, toward dry cell batteries in non-electrified households seen in other parts of Africa. The line extensions increased the time children spent watching television by about seven minutes per day, and children in communities that were offered low-cost connections watched about 11 minutes per day more television than children in communities that did not receive the low-cost connection offer.

According to the program logic, electrification would reduce liquid and solid fuel use, which, in turn, would improve air quality in the home. However, the evaluation did not find that the line extensions had impacts on fuel consumption. It also found no clear impacts on health outcomes.

The program had large positive impacts on perceived safety, which respondents said was 20 percentage points higher in communities where line extensions occurred relative to comparison communities.

The line extensions increased the number of schools and businesses with a connection to the grid, with 53 percent of program communities reporting having an electrified school, vs. 35 percent of comparison communities.

Line extensions resulted in a two percentage point (or 33 percent) increase in the likelihood of a household having an income-generating activity (IGA) that used electricity, relative to comparison households. Neither the line extensions nor the low-cost connection offers had clear impacts on the fraction of households operating any IGA or the fraction having a household member with a paid job.

The line extensions had no clear impact on annual non-electric consumption or annual income. This is likely because the program resulted in far fewer new connections than anticipated, and connecting to the grid and switching from other energy sources to electricity was the pathway through which income gains were expected to be achieved. However, community survey respondents indicated that the addition of line extensions resulted in a 34 percent increase in the price of residential land.

This impact evaluation employed two methodologies, including a matched comparison with difference-in-differences and a randomized controlled trial, to assess the impact of two different interventions (see diagram below). The framework for this analysis is summarized in the figure below.

FS Analysis: The FS was intended to increase the uptake of grid connections, which, if successful, would increase the likelihood of achieving impacts on economic outcomes. Mathematica used random assignment to estimate the impacts of being in a community that was offered low-cost connections through the FS. The evaluation compared the outcomes of 632 households in 27 communities selected for T&D and FS versus 3,385 households in 163 communities selected for only T&D. The FS analysis used data from the baseline and final surveys of households conducted for the T&D analysis. The final surveys provided the FS analysis an exposure period of 14-24 months.