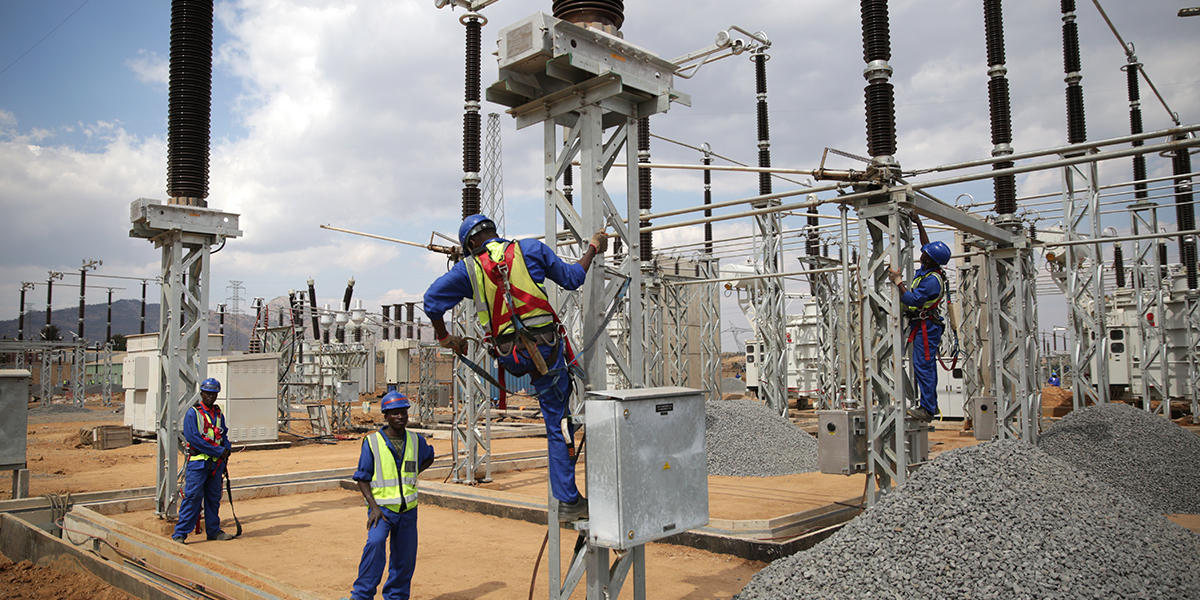 MCC’s $351 million Malawi Compact (2013-2018) aimed to address electricity supply challenges through the $255.4 million Infrastructure Development Project (IDP). The IDP invested in the national electricity grid’s generation, transmission, and distribution infrastructure to increase grid capacity and stability. This supported the theory that achieving the project objectives of improved availability, reliability, and quality of the power supply would reduce the cost of doing business in Malawi, expand access to electricity for Malawians, and increase value-added production in Malawi.

Availability and Reliability of Power Supply

This final performance evaluation assessed whether and to what extent the compact achieved its intended outcomes, discussed the sustainability of the results, and documented lessons learned. The evaluation addressed several questions in these areas, with a specific focus on the following questions:

Availability and Reliability of Power

Although the infrastructure upgrades helped deliver power more efficiently to key high-consumption regions, power supply cuts (also referred to as load shedding) remained pervasive throughout Malawi. The investments focused primarily on transmission and distribution, which cannot solve power shortage and availability issues without commensurate increases in generation capacity. While a separate project under the compact sought to promote private investment in new generation, rapid growth in demand and drought-induced generation shortfalls likely contributed to the mixed results of the IDP.

By compact closeout, transmission losses were nearly halved from the pre-compact level of 10.5 percent, but distribution losses showed almost no change and remained at 12 percent. Total system losses declined from 22 to 17.3 percent at closing, but because many of these improvements preceded the completion of IDP construction activities, the compact’s role in this result is unclear.

Addressing load shedding was not a project objective; however, persistent load shedding undermined the achievement of the broader compact objective of improving the availability and reliability of the power supply. Between January 2017 and December 2019, there were only 43 days without load shedding, and unplanned outages increased slightly in both frequency and duration, rather than decreasing as expected.

In order to achieve project objectives and sustain results in the future, it is essential for key government institutions involved in Malawi’s power sector to coordinate efforts in addressing the generation supply gap, ensure continued maintenance of compact-funded infrastructure, and support financial sustainability of the power sector through cost-reflective tariffs.

Firms reported that the number of outages per year rose from 120 at baseline to 192 at endline, on average. At endline, over 80 percent of firms were forced to shut down at least some of their operations during outages. About 40 percent of firms with generators continued operations compared with about 3 percent without generators. However, the increase in generator use and revenue losses pushed up energy-related costs. Households confirmed that outages have remained the same since the compact began, and have continued after the compact ended, resulting in household-run businesses’ loss of income. Connection time and costs have not been reduced because end users wait, on average, 7.5 months to get a new connection.

Firms became significantly disaffected with their revenues and profits over time. Though more firms made capital investments, the average estimated value of those investments declined, and nearly 47 percent of firms reduced their labor force. Results were influenced by the availability of reliable electricity, finance, and a favorable business environment. Firms considered electricity to be the biggest obstacle to Malawi’s economic growth. Nationally, the gross domestic product fell from 5.0 percent in 2013 to 3.5 percent in 2018. However, this decline in economic growth cannot be associated with the compact since it is affected by many factors besides electricity.

In most households, outages continued to impact the productivity of household members. Women suffered most acutely since outages disrupted their domestic activities such as cooking and left them with less time to dedicate to productive activities, including their business. Men spent time on unproductive leisure pursuits such as drinking that reduced their ability to be productive at work the next day, and youth were unable to study effectively without proper lighting, affecting their academic performance.

MCC considers a 10 percent economic rate of return (ERR) as the threshold to proceed with investment. While the evaluator did not recalculate the ERR, they provided feedback on the plausibility of the 25.4% closeout ERR produced by MCC in 2018 in light of the evaluation findings. Because of additional generation capacity, an increase in new connections, and reduction in losses, MCC made changes to consumption and willingness to pay assumptions and adjusted the benefit streams of the ERR model accordingly at program closure. Yet, the expected project and compact-level outcomes and objectives have not yet been realized. With the uncertainty in future generation increases and in hydropower generation because of droughts, realization of outcomes could be slow. Expected benefits are likely to be lower than forecasted in the closeout ERR, although the actual ERR could likely exceed 10 percent if transmission losses remain low, and if Malawi is ultimately able to import power via interconnection to the Southern Africa Power Pool, which is expected to be in place by 2022.

The performance evaluation was a pre-post, observational study that tracked changes over time in key grid-level and end-user outcomes, and examined the role of the IDP and the overall compact in these changes. Data were gathered from diverse sources and triangulated to address the evaluation questions.

MCC’s monitoring data and other grid-level data were used to analyze grid-level outcomes, specifically, the availability and reliability of the power supply. End-user-level outcomes were examined using quantitative data from enterprises and qualitative data from communities, and measured changes to the cost of doing business, access to reliable electricity, and value addition to production.