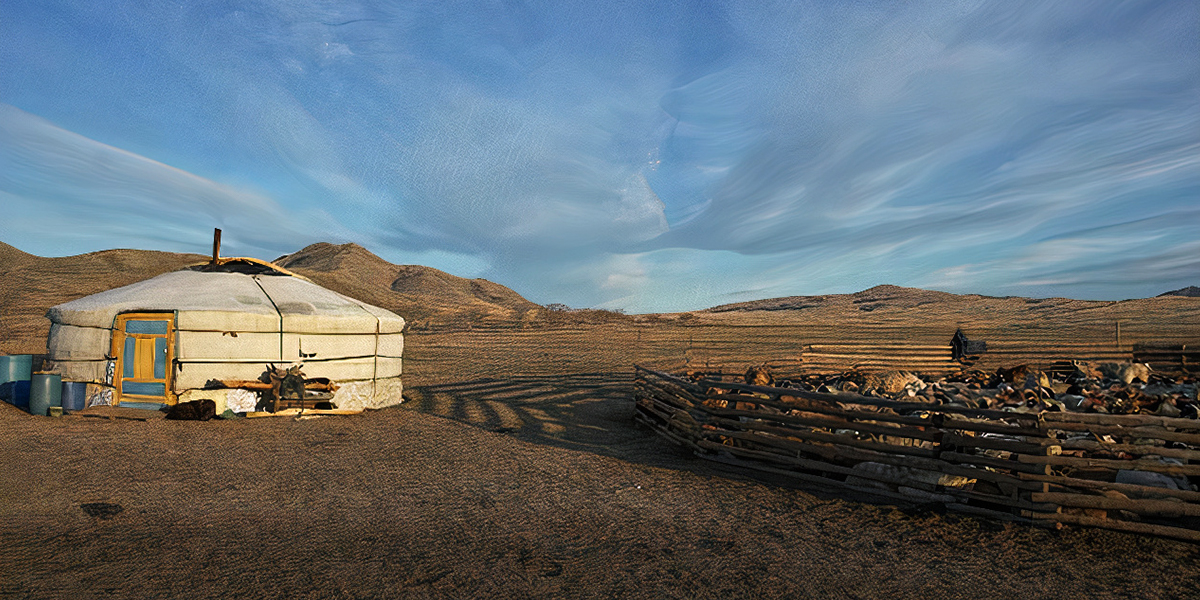 MCC’s $284.9 million Mongolia Compact (2008–2013) funded the $10.1 million Peri-Urban Land Leasing Activity, which provided herders with wells, fencing and shelter materials, training, and 15-year land leases on previously open-access rangeland. The activity was based on the theory that providing private property rights and other direct support (wells, and promotion of dairy farming and herd management) on overgrazed land in select areas (Ulaanbaatar, Darkhan and Erdenet in Phase 1; and Choibalsan and Kharkorin in Phase 2) would improve animal husbandry and sustainable land use, which in turn would reduce land degradation and raise herder incomes.

This evaluation was designed to assess the effects of the package of program investments, including long-term leases of grazing land providing exclusive use rights to groups of herder households, provision of wells, and herder training. The evaluation addressed a series of questions about the causal impact of the program on short- and long-term outcomes. This final impact evaluation was designed to answer the following questions:

The program in Phase 1 was effective in improving land use and rangeland management practices. Households were 16 percent (43 percent) more likely to reserve pasture in case of bad weather than comparison households (27 percent). Program households in Darkhan (11 percent vs. 5 percent) and Ulaanbaatar (8 percent vs. 3 percent) also had a higher rate of reserving pasture for rehabilitation.

In both phases for comparison and program households, animal numbers increased over time due in part to a 2010 dzud (a natural disaster unique to Mongolia consisting of summer drought followed by a severe winter), which killed large numbers of animals, and the government of Mongolia’s removal of the per head animal tax. Although herders increased their sheep units per hectare, Kharkhorin program herder groups maintained a lower pasture load per hectare. In 2017, they grazed about one-third fewer sheep units per hectare than comparison herders (2.27 vs. 3.34). Program households in Choibalsan, however, increased herd sizes relative to comparison households. This may have been due to Choibalsan having a lower percentage of herder groups that had pasture overload. There were no effects on seasonal migration.

Phase 1 households increased their perceptions of winter pastureland quality, while comparison households experienced decreases. Program households in Kharkhorin had higher perceptions of winter and summer pastureland quality. Choibalsan had no effect, which may be due to that area already being under carrying capacity. Biomass data similarly indicates no significant treatment effect except for one species, where there was an effect in Kharkhorin but not Choibalsan.

Higher land tenure security translated into substantially higher investment in immovable property in Phase 1 areas. In Phase 2, there were mixed investment effects. In Choibalsan, program households spent more on the purchase and maintenance of wells, while in Kharkhorin, program households spent a significantly smaller amount purchasing and repairing animal shelters.

In Phase 1, there were no significant impacts in milk yield outcomes. In Phase 2, Kharkhorin program households increased milk production by 168 liters vs a 68 liter increase by comparisons—a difference of 140 percent.

The evaluation used two methodologies. In Phase 1, IPA used a matching design, and in Phase 2, it used a randomized controlled trial (RCT) design.