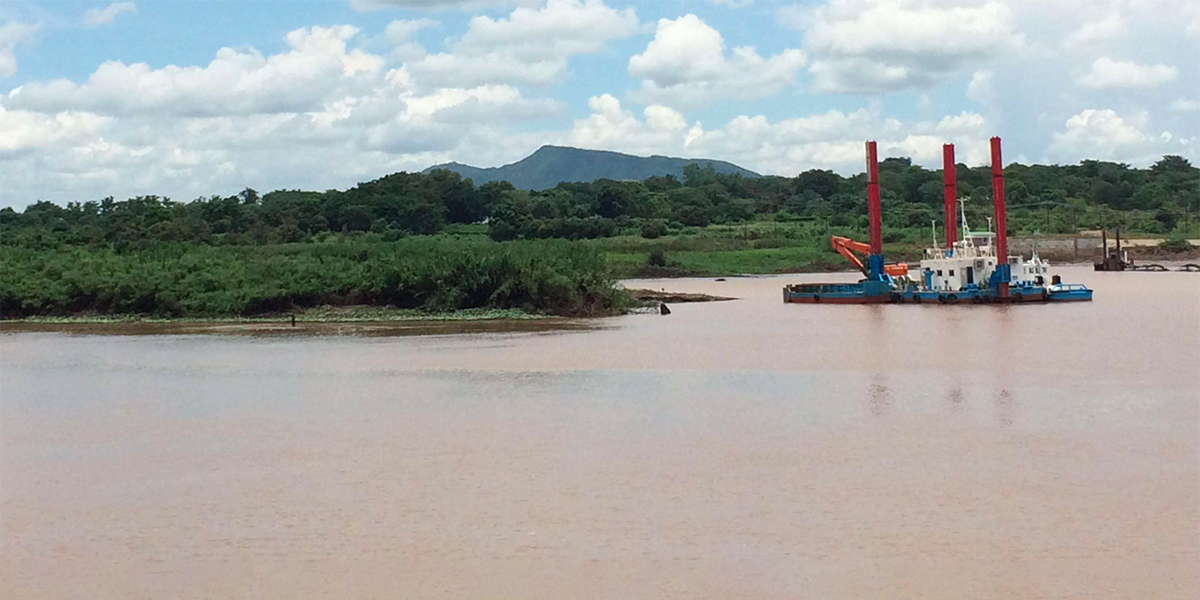 This interim performance evaluation was designed to answer research questions for the WSM Activity, the grant facility, the environmental trust, and the overall ENRM Project.

Equipment delivery for weed and sediment control was significantly delayed or canceled because of poor contractor selection and performance. By compact closeout, weed removal equipment was delivered, and one out of two planned dredgers was delivered but not yet in use, while the other was canceled.

Because the investments of the WSM Activity are not fully operational, it is too early to assess higher-level outcomes for power generation or reduced disrup­tions in hydropower generation. Average power plant utilization fluctuated between 50 and 70 percent during the compact, and was only 55 percent in its final quarter.

EGENCO and the Government of Malawi have committed funds to complete implementation of the WSM Activity post-compact but EGENCO faces financial challenges that could limit its plans.

The grant facility was well designed to allow for experimentation in order to identify effective sustainable land management interventions. But it was also constrained by a three-year intervention window, which may be an insufficient period of time for introducing sustainable changes in land management practices among the target population. Additionally, the use of cost-reimbursement contracts slowed some aspects of grant implementation due to the limited financial resources of many grantees.

MCA-Malawi was able to conduct rigorous financial and programmatic oversight of facility grantees, but human resources were limited and staff members were overwhelmed by the volume of work.

The grant facility succeeded in pushing all grantees to integrate ENRM and SGEF activities—a novel approach. Depending on their technical expertise, however, some grantees focused on ENRM activities while others on SGEF activities.

The grant facility exceeded several tracked targets, such as the number of surviving trees, the number of leaders trained in ENRM, and the number of village savings and loans groups. It did not have, however, the resources or capacity to monitor key outcomes like farming practices. Many grants also did not cover the entire agricultural value chain.

Even with MCC’s support, MCA-Malawi struggled to establish the environmental trust. The lack of early agreement between MCC and MCA-Malawi on the trust structure, a focus on implementing the grant facility, and poor contractor performance left too little time for successfully launching the trust before compact closeout.

It is uncertain if the environmental trust will be launched and sustained in the coming years. The trust has a functional board of directors, but board members have limited availability for their tasks and need permanent technical staff to push the trust forward. The trust has key supporters and prospects for sufficient capital, but lacks a strong champion (outside MCA-Malawi and MCC) to become a reality.

The interim performance evaluation of the ENRM Project used a rigorous mixed-methods approach. It collected cross-cutting quantitative and qualitative data, including key informant interviews with seven staff at MCC, six staff at MCA-Malawi, and 33 activity implementers, including staff at EGENCO, ENRM and SGEF grantees, and environmental trust board members. The evaluation also collected monthly administrative data on water quality from the Blantyre and Southern Region water boards; power generation and weed management data from EGENCO; and geospatial and activity location data in the Shire River Basin collected by Mathematica, as well as datasets from HydroSHEDS, Global Extent of Rivers and Streams, Shuttle Radar Topography Mission, and National Forest Restoration Opportunity areas from the Malawi Ministry of Natural Resources, Energy and Mining. The evaluation conducted implementation site visits and analyzed grant monitoring data and documents provided by MCA-Malawi, MCC, and activity implementers.

To address the research questions, the evaluation used a variety of methods to analyze data, including data triangulation, thematic framing, descriptive trends analysis, geospatial analysis, and a cross-evaluation data synthesis. To estimate the effects of expanding ENRM activities in the Shire River Basin area on soil erosion and sedimentation, the evaluation used the Soil and Water Assessment Tool (SWAT), a hydrological transport model. SWAT provides an integrated framework to simulate hydrologic, water quality, and agricultural production processes and represents the spatiotemporal variability of these processes.

Data was collected between May and November 2018, during the final five months of the compact, and two months after the compact closed. Although implementation of the grant facility was complete in July 2018, implementation of the WSM activity and the environmental trust was ongoing during the final month of the compact. Ultimately, parts of the WSM activity and environmental trust were transferred to MCA-Malawi’s successor agency, the Malawi Millennium Development Trust.

The evaluation will examine project outcomes two years after the end of the compact. The final evaluation results are expected in 2021.