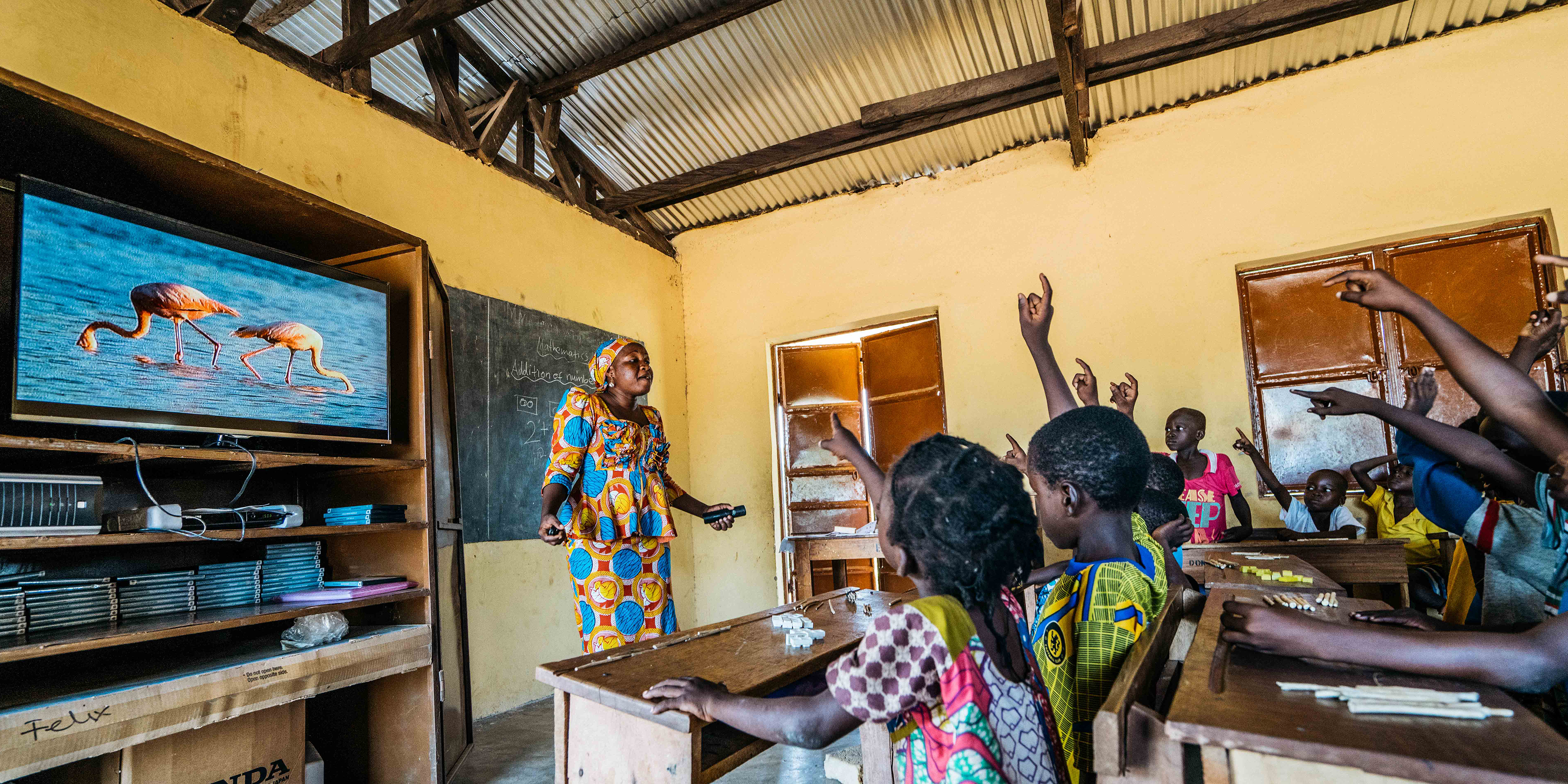 Improving Education and Infrastructure in Ghana

MCC’s $536 million Ghana Compact (2007-2012) funded the $9.4 million Education Sub-Activity, which included the rehabilitation or construction of 221 schools in Ghana’s Afram, Northern, and Southern zones. The program was based on the theory that investments in education infrastructure would lead to improved school access, which would then lead to increased enrollment, attendance, and completion. Improved school outcomes would lead to poverty reduction through economic growth.

The final performance evaluation was designed to answer the following questions:

Schools were assessed in four categories to receive an aggregate score on overall school condition.

The steps that communities had taken to address maintenance issues varied. Whereas respondents from low-scoring MCC schools proposed solutions for the government to implement, those from high-scoring MCC and non-MCC schools spoke about what their own communities had done. This included PTAs raising funds to renovate school windows and doors and hire a security guard for their school.

Based on interviews with stakeholders, the perception at both MCC and non-MCC schools across all zones was that improvements in school infrastructure positively affected school enrollment, attendance, completion, and learning.

While non-MCC schools did not receive infrastructure support from MCC, over 40.0% of non-MCC and 28.5% of MCC schools reported receiving infrastructure support from other sources since 2012, which allowed them to comment on its perceived impact. Most respondents across all schools also thought the quality of teaching and learning at their school had improved over the last three years, indicating an overall perception that outcomes have improved.

The original rate of return MCC calculated for the project was 11.4%. However based on the likely additional fixed infrastructure costs and reduced life of the investment due to low levels of maintenance, SI estimated a rate of return between 9.1–11%.

Qualitative Case Studies: SI conducted 18 case studies through purposeful sampling from MCC high-scoring, MCC low-scoring, and non-MCC high-scoring districts in each zone. The team chose two schools per district showing the trend of that district (i.e. the two highest-scoring MCC schools in a district with a cluster of high-scoring MCC schools). Case studies were based on focus group discussions and interviews with parents, students, teachers, and headmasters on the project implementation, maintenance, and perceived outcomes of infrastructure investments.