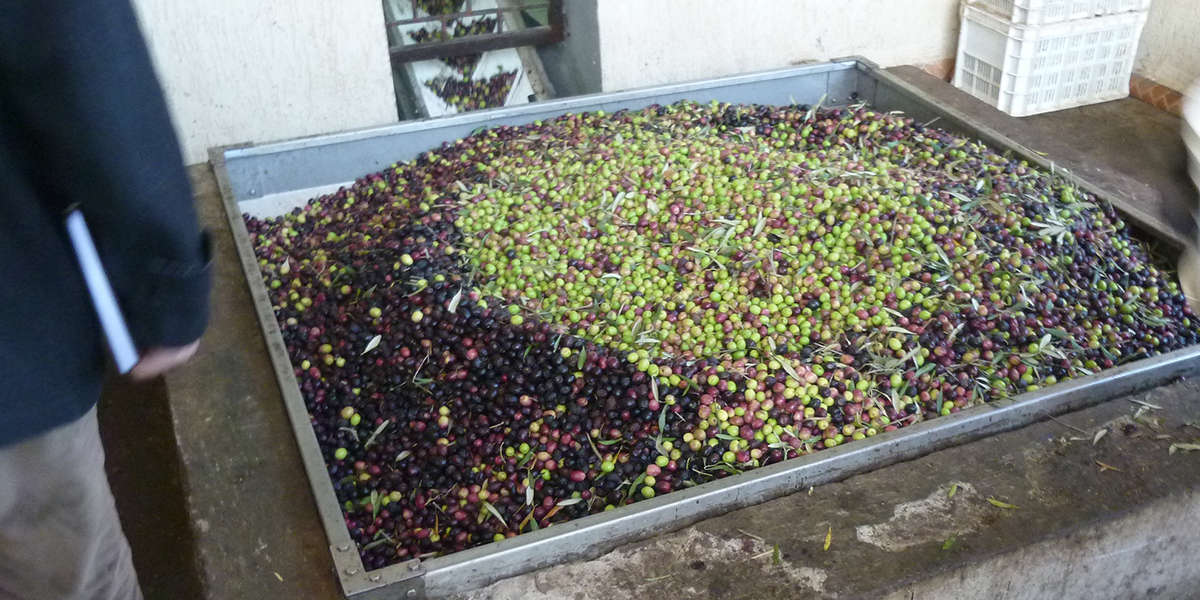 The final performance and impact evaluation answered questions on organizational change and procurement outcomes. Some of these questions were:

These findings build upon the Morocco Rain-fed sub-activity final evaluation published in 2015.

Most farmers require full payment from the GIEs for their olives up front, rather than waiting until selling the resulting oil. Short-term loans from Morocco’s agricultural bank were expected to serve as working capital to enable the GIEs to purchase olives from farmers, but these funds are often received too late in the season and have inconvenient conditions that make them unattractive to the GIEs. Overall, while there is substantial variation across GIEs in the amount of olives purchased for crushing, most are operating well below their capacity.

Most GIEs met extra-virgin olive oil standards based on chemical criteria, but a minority did not meet sensory-related criteria, which are rated by a trained tasting panel. Despite producing high-quality olive oil, GIEs have struggled to sell the oil and have large volumes of unsold inventory. Important barriers to selling the oil include non-competitive prices on domestic and export markets and a lack of a formal marketing strategy.

None of the GIEs distributed profits to farmers in the 2017–2018 season, for three main reasons. First, the GIEs are operating well below capacity, limiting the volume of oil produced. Second, the GIEs have struggled to find markets to which they can sell their oil at attractive prices. Third, the GIEs have had to prioritize using profits to pay off the large initial loan used, in part, to establish the processing units.

Many farmers in the catchment area of the GIE pay the GIE to crush at least a portion of their olives for their use and have benefited from higher oil yields and oil quality compared to using other crushing units. Providing these crushing services is an important source of revenue for the GIEs, but it is not very profitable. The relatively few farmers who sell their olives to the GIE have benefited from free transportation of olives and other complementary services, an above-market price for high-quality olives, and fairer business dealings.

The long-term economic benefits of the GIEs depend on their ability to distribute profits, which would encourage farmers to engage with member cooperatives. To distribute profits, the GIEs will have to overcome their debt obligations, find attractive and reliable markets for their oil, and secure sufficient working capital. It might also be helpful for the GIEs to diversify their activities. Extending their typical operating season, for example, would enable them to access new revenue streams and help them attract and retain higher quality staff, who are generally unwilling to engage with GIEs for season-dependent employment.

The GIEs have already contributed to a new culture of quality among olive farmers through increased awareness of appropriate harvesting, storage, and transportation techniques; the importance of crushing soon after harvest; and the high potential value of olive production.

This mixed-methods final performance ex-post evaluation was conducted several years after the end of the Compact. It drew on qualitative data collected through interviews and focus groups, a quantitative survey with GIE leadership, and tests of olive oil quality.

A local data collection firm conducted twelve focus groups with farmers and cooperative leaders. Fourteen key informant interviews were conducted with GIE leaders, the national association of GIEs, and entities involved in implementation. Most of these interviews and focus groups were conducted in early 2019; in almost all GIEs, data were collected five or six crushing seasons after the units had started to operate.

The local data collection firm conducted two rounds of a survey with the leadership of the GIEs, in late 2016 or early 2017 and again in late 2018. In almost all GIEs, the second round of the survey covered the fourth or fifth crushing season since the processing unit was constructed. Of the 20 GIEs, 19 responded to the first round of the survey and 18 responded to the second round.

The local data collection firm collected olive oil samples from 16 of the 20 GIEs in late 2018 to assess the oil’s quality compared to international benchmarks. The oil was tested at the national laboratory in Casablanca.