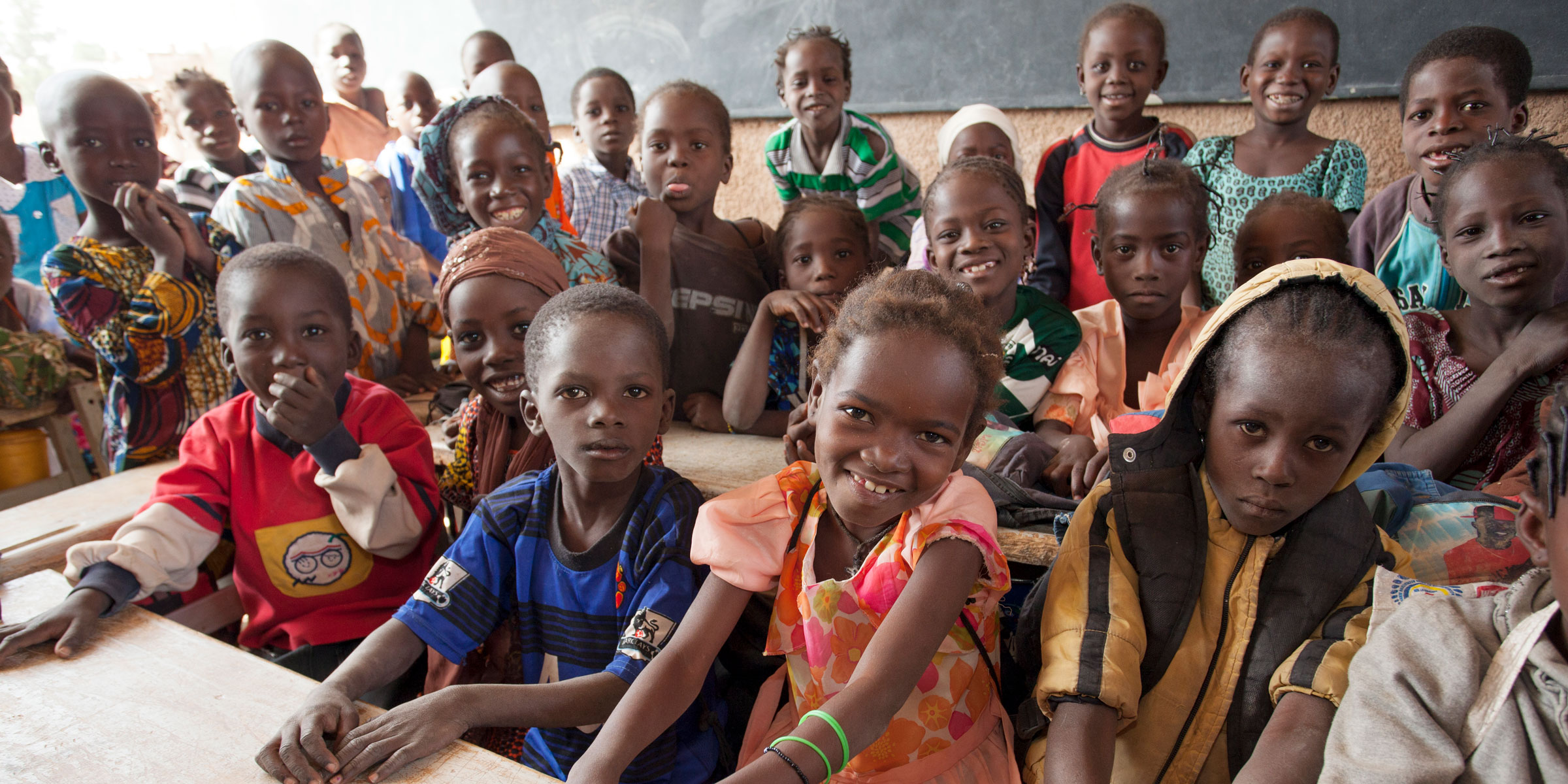 The final impact evaluation was designed to answer the following questions:

Students from communities with BRIGHT schools completed primary school 13.5% more than students from communities without BRIGHT schools. This positive impact on graduation rates suggests that the BRIGHT II project successfully improved problems of accessibility and community engagement that had formerly resulted in low primary school completion rates. This finding demonstrates that the BRIGHT II project achieved one of its ultimate goals of keeping children, especially girls, in school longer.

Students and young adults aged 13-22 from communities with BRIGHT schools were about 5.5% more likely than their peers from non-BRIGHT communities to continue education rather than begin employment. These longer retention rates demonstrate that the BRIGHT program was effective at promoting education as a top priority for families in BRIGHT communities.

The impact of the BRIGHT II program is also reflected in measurements of marital rates among school-age girls. In communities with BRIGHT schools, school-age girls were 6.3% less likely to be married than girls from communities without BRIGHT schools. Since low participation in schooling is linked to early marriage, it is likely that BRIGHT II’s positive impact on school enrollment and retention rates contributed to lowered rates of early marriage. The fact that girls were delaying marriage also indicates that BRIGHT II’s specific offerings motivated families to place higher value on girls’ schooling and success.

When planning investments in a compact with a developing country, MCC considers a 10% economic rate of return (ERR) as the threshold to yield sufficient returns for that country’s citizens. While this project did not include an original estimated ERR, the third-party evaluator (MPR) conducted an estimate at the conclusion of the project. MPR estimated BRIGHT’s ERR ranges between 3-8% plus longer-term increases in individual earnings, families’ socioeconomic positions, and communities’ economies.

Test Scores: MPR administered math and French tests of the aforementioned students from the household surveys.

School Surveys: MPR selected the schools within ten kilometers of the aforementioned communities from the household surveys. From the resulting 332 primary and 103 secondary schools, MPR surveys evaluated those schools’ buildings, supplies, personnel, and other factors.