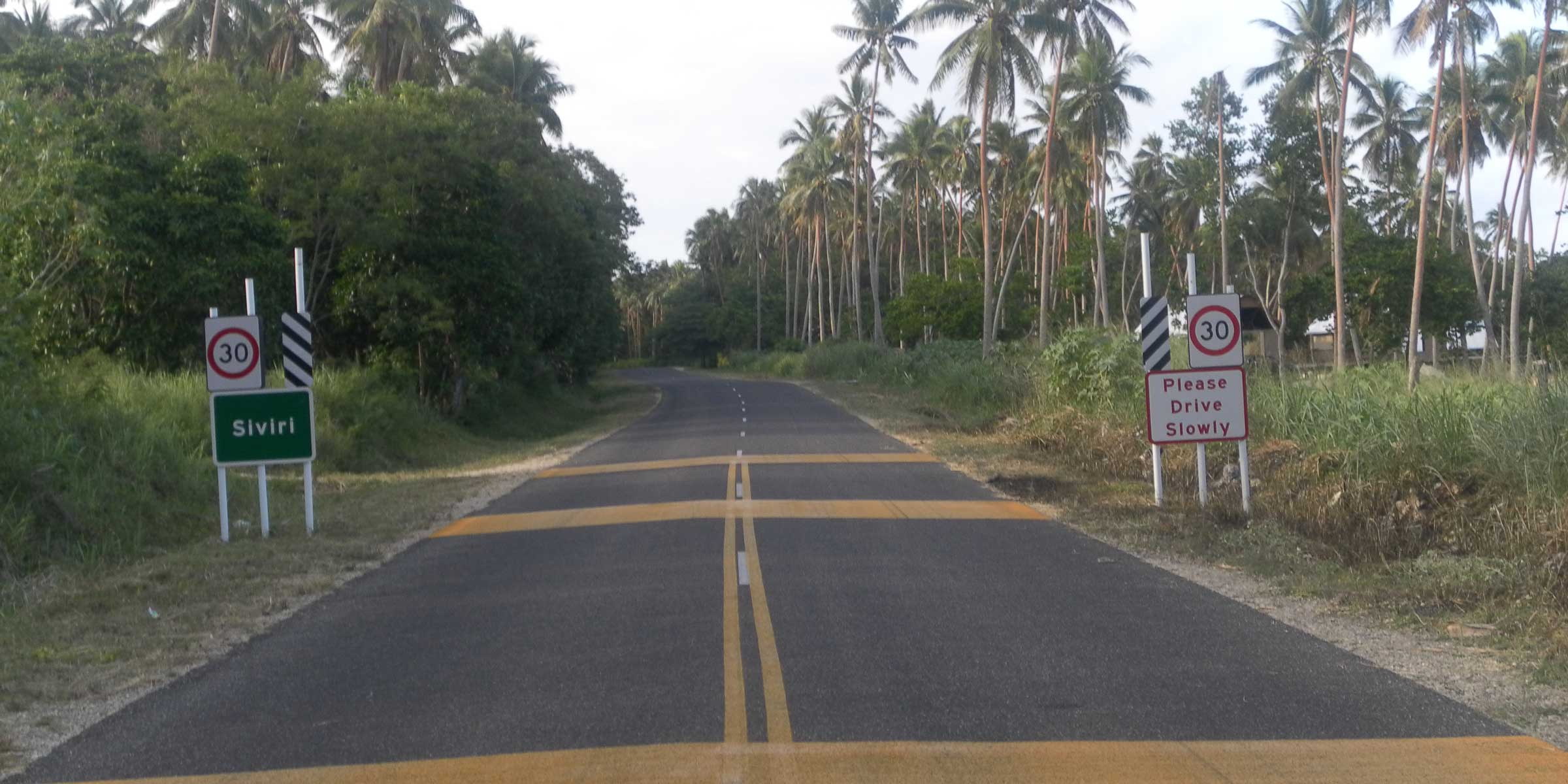 MCC’s $65.4 million Vanuatu Compact (2006-2011) funded the $58.3 million Infrastructure Activity. The activity aimed to reduce travel times and vehicle operating costs in rural areas by reconstructing and sealing 149.7 km of two national roads: the Efate Ring Road and the Santo East Coast Road. This was originally expected to stimulate economic activity in the tourism and agriculture sectors, though MCC now values the economic benefits across all types of road users.

The analysis examined whether the road upgrades:

The activity extended specific road segments 10-25 kilometers each and sealed the road segments with thin Double Bituminous Surface Treatment (DBST). The purpose of the seal was to improve surface drainage rather than strengthen the structural bearing capacity of the pavement, while also reducing road roughness. Roughness is generally defined as irregularities in the pavement surface that affects not only ride quality but also vehicle delay costs, fuel consumption, and maintenance costs. The analysis estimated the international road roughness index for road segments decreased from 15 to 3 for sealed project roads.

Sealing roads led to an average increase in traffic volumes of almost 200 percent between 2008 and 2010 on the Efate Ring Road, while the Santo Road had an average increase of almost 60 percent. Interestingly, the evaluators found a substantial range of increased traffic results between road segments on the same national roads. For example, the traffic on the Rentabo road segment on the Efate road increased by 328 percent, while the traffic on the Klehm’s Hill segment increased a mere 8 percent suggesting a difference in cost effectiveness by segment rather than the national road when analyzing the impact of the road sealing.

For the Highway Development and Maintenance (HDM-4) model, vehicle operating costs are specified as economic unit costs – costs before import duty, excise duty, VAT, etc are added – and costs to complete the roads upgrade are specified in both economic and financial terms. The vehicle types with the largest reductions in vehicle operating costs were Empty Truck (3-axle), Loaded Truck (3-axle), and Truck Trailer (4-axle).

The original Infrastructure Activity included civil works for the reconstruction or construction of priority infrastructure including roads, wharfs, airstrips and warehouses, with a total of 11 different infrastructure sub-projects on eight islands. The projected economic rate of return for this group of activities, calculated in April 2006, was 24.2 percent. In 2011, the economic analysis estimated sealing both Santo and Efate roads was economically justified with an economic rate of return of 10.3 percent. While sealing all the roads in Santo was justified with an ERR of 14.4 percent, sealing all the roads in Efate was not considered economically justifiable with an ERR of 7.4 percent.

The performance evaluation for the Infrastructure Activity relied on using the Highway Development and Maintenance (HDM-4) model – one of MCC’s standard tools to evaluate roads. It models the condition of the road with the upgrade and without the upgrade over time. The transportation costs (vehicle operating costs and travel times) in each scenario are modelled, and the difference between the two is the savings that accrues as a result of the investment. The analysis used the following data: