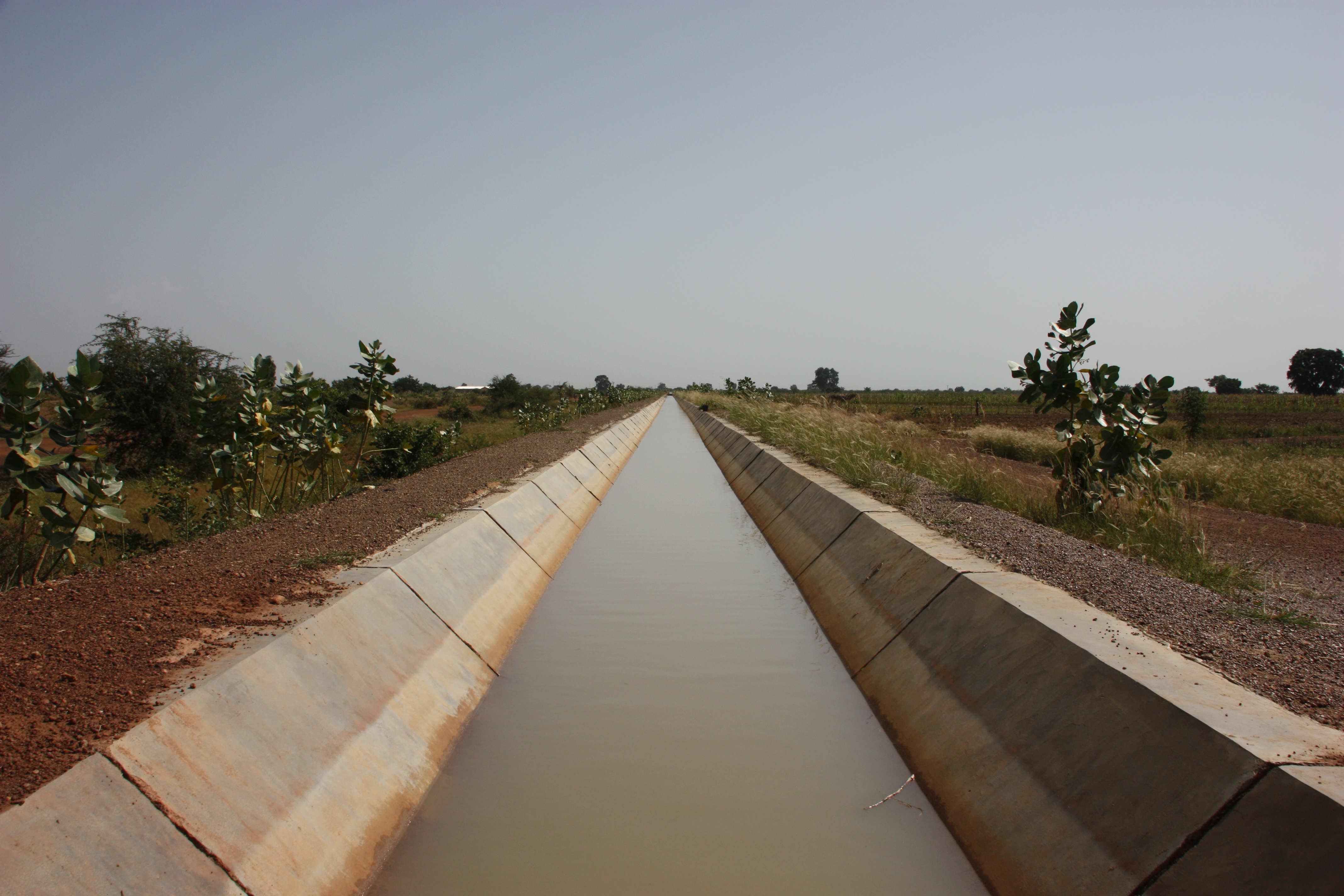 MCC’s $480.9 million Burkina Faso Compact (2009-2014) included the Water Management and Irrigation Activity ($103.9 million). Its aim was to ensure adequate water availability and supply for beneficiaries, notably through the construction of a 2,240-hectare irrigated perimeter in the Di Department, support for improved water resource management, and provision of land titles and leases to recipients of irrigated land in Di (under the Rural Land Governance Project). These investments were expected to sustainably increase yields, agriculture profits and household incomes.

This interim evaluation was designed to answer the following questions that will inform the final evaluation:

Stakeholders considered the quality of the irrigation infrastructure and capacity building to be high, despite minor issues with leveling fields. Delays with the irrigated perimeter affected land allocation and technical assistance delivery. The Government of Burkina Faso oversaw technical assistance to farmers and water users after the compact. Nearly all PAPs received financial compensation, land, ownership and leasehold documents, training, and starter kits. Large farmers did not consider the land they received to be enough compensation for the land they lost. Small farmers did not express this concern. Some interviewees reported that women had been overlooked in the land registration process and excluded from perimeter land allocations.

PAPs reported adopting modern practices for irrigated agriculture using chemical fertilizer, improved seeds, and some machinery. They switched from growing sorghum to growing maize in the rainy season, and now also engage in dry season cultivation, growing primarily onions and tomatoes. PAPs’ production and yields per hectare on the perimeter were substantially higher than they were at baseline, but they did not meet project targets. Almost all farmers used inorganic fertilizer to boost short-term yields. The long-term outlook is not optimistic because soil testing indicated that soils were nutrient-poor, and only about three-fifths of farmers were replenishing nutrients with organic fertilizer.

Most PAPs reported that their land tenure security had improved following receipt of land and titles, but the possibility that their land could be repossessed for nonpayment of water user fees has introduced a new kind of insecurity. Nearly all PAPs reported increased food security, and three-quarters reported increased net agricultural income. Because of unfavorable trends in crop prices—perhaps linked to increased supply in the area and the lack of accessible roads to and from the perimeter—some PAPs with initially larger landholdings noted that their increased production did not translate to higher incomes.

While four sectors of the perimeter with mostly polyculture plots collect the vast majority of WUA fees, two sectors mostly suitable for rice cultivation have rapidly declining payment rates. WUA fees for rice plots—which need more water but are less profitable—may not be set at a level that can be borne by farmers cultivating rice.

The rapidly declining recovery rates raise questions about the financial sustainability of irrigation infrastructure operations in the two affected sectors.

The two water basin committees adopted five-year implementation plans to operationalize the basin management plans developed and validated during the compact. Local actors are using the hydrological models to plan agriculture and irrigation investments according to the availability of water resources.

The evaluation consisted of one impact and five performance evaluations. The Di Lottery randomized control trial provided statistically rigorous evidence of receiving access to irrigated land on beneficiaries of the Di Lottery and their households. The Di Perimeter performance evaluation provided an independent assessment of the economic rate of return for MCC’s investment in the Di perimeter. It also studied the effects of the displacement and compensation on PAP households’ economic well-being, agricultural production and productivity, and land tenure security. The evaluation of the Agricultural Development Project integration examined the relative integration of project activities. The Sourou Operations & Maintenance evaluation assessed whether the project created and supported institutions that operate effectively and maintain the irrigation infrastructure in the Sourou Valley. The Integrated Water Resource Management evaluation assessed whether and how water use and environmental plans were implemented; how the water management institutions created and supported by the compact, the basin committees, and local water committees function; and the effects of MCC’s investments on water management. The Farmer Training evaluation provided a pre-post analysis of agricultural outcomes for farmer training beneficiaries.

Data collection occurred from January-April 2018 and covered the 2016/2017 dry season and the 2017 rainy season. PAPs’ exposure to program support at the time of data collection was between 3.5 and 4.5 years after the perimeter was operational, at least 2.5 years after the end of training. Since the perimeter’s seven sectors were completed at different times, PAPs’ receipt of land and other benefits was staggered. PAPs were allocated land between April 2013 and March 2014 and training continued into the 2014/2015 dry season.

A final impact and performance evaluation is underway, and results are expected in 2020.