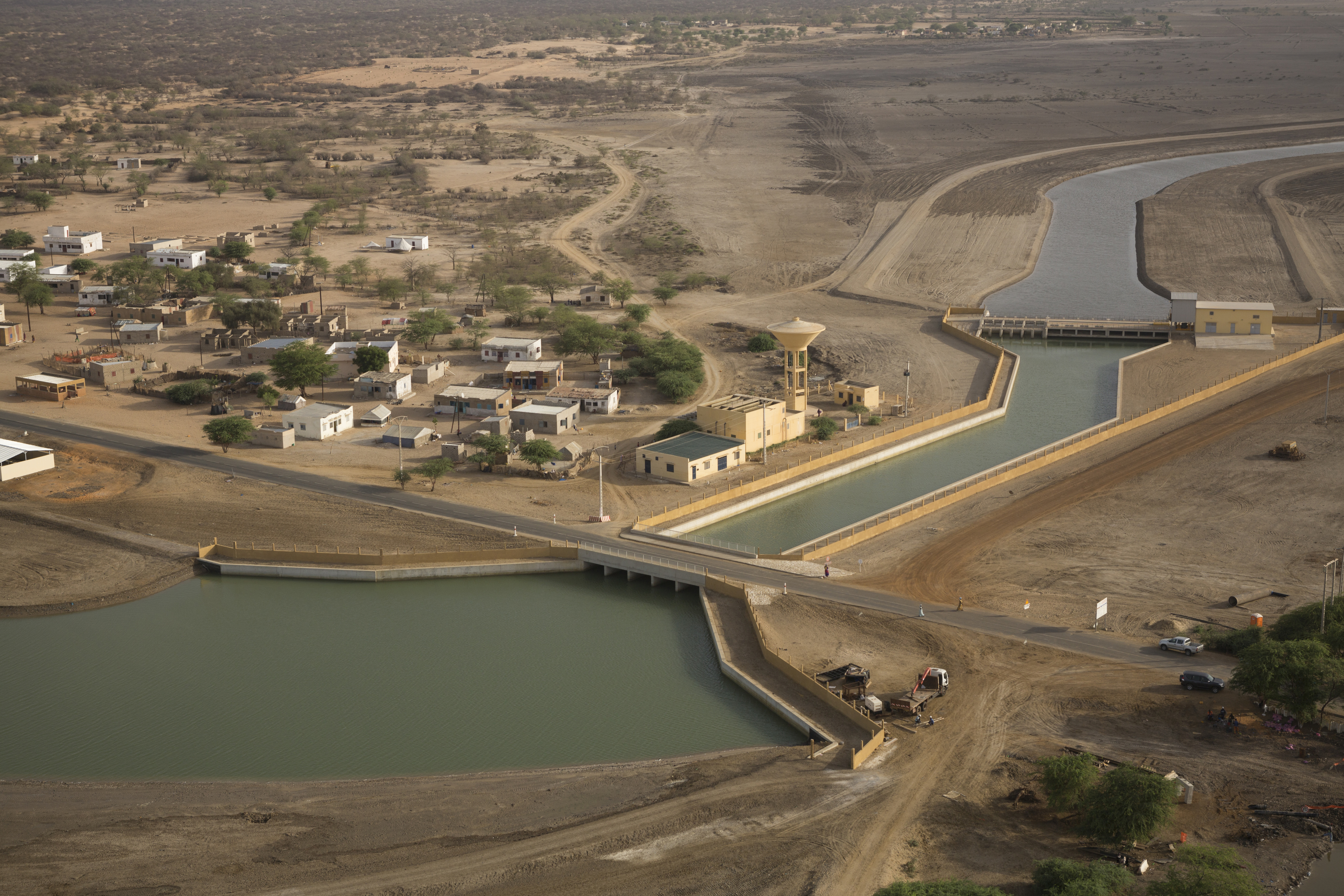 MCC’s $540 million Senegal Compact (2010-2015) funded the $170 million Irrigation and Water Resources Management (IWRM) Project to improve the productivity of the agricultural sector in certain agricultural-dependent areas of northern Senegal. The Delta Activity rehabilitated or built 266 kilometers of irrigation and drainage infrastructure. The Podor Activity constructed a 450 hectare irrigated agricultural field. The Land Tenure Security Activity mapped newly irrigated agricultural land in the Delta and Podor areas, supported a comprehensive land occupancy and use inventory, and trained officials to better administer land rights. The project was based on the theory that improved irrigation and land rights would increase agricultural investment, productivity, and ultimately household income.

This interim impact and performance evaluation was designed to answer research questions on agricultural production, household income, land formalization and conflicts, and land administration and governance. Some of the key research questions that the interim study focused on are:

Farmers increased their land under production as a result of the project. The project led to an 80 percent increase in the average area of land under production compared to the comparison group during the main agricultural season in the Delta Activity area. Almost all of this land was irrigated and used to cultivate rice. These increases were significant, irrespective of the household’s economic status or whether the household was headed by a male or female.

However, farmers produced more rice at the expense of cultivating other crops.

The project intended that households would expand vegetable farming during the two secondary farming seasons, but this did not take place. In the Delta Activity area, cropping intensity was only 75 percent in 2017, well below the project’s target of 150 percent, meaning farmers did not on average cultivate the same parcels in multiple seasons. In the Podor Activity area, the newly-cultivated fields were not irrigated outside of the main growing season as the cost of running the irrigation pumps was too high to irrigate only the small portion of the field that would be used for market crops.

The IWRM Project led to positive impacts in land rights formalization, which also contributed to some positive changes in agricultural production. More households in the Delta Activity area understood the process for receiving a land title, and more households applied for and received land titles at the commune (local government) level relative to the comparison group. The increase in land titling contributed to the increase in land under production in the main growing season and associated with increated agricultural revenue per hectare. The project did not have an effect on land conflict; conflict was low at baseline and remained low a few years after the project.

The Land Tenure Security Activity (LTSA) aided local land institutions to develop principles and policies for land use and land allocation. Commune land officials implemented the policies with the assistance of the project during the compact, but have not been able to fully implement land rights formalization activities since the end of the project due to lack of funds to physically inspect the lands. Communes report a large backlog of land applications. Land management practices also differ considerably by commune.

Women and landless residents received land in Podor and improvements in land use were highest among female-headed and poorest households. This was viewed as a positive element of the project. However, some were challenged by the small size of plots allocated to them, owing to producer organizations distributing land to more members than anticipated, which inhibited sufficient profits. Others reported the unsuitability of their plots for rice cultivation as a disappointment with the project’s outcomes. Additionally, some women’s groups have not been able to cultivate their preferred market garden crops, as the costs for inputs exceed any potential profit.

Farmers shifted resources to focus on farming in the main growing season, resulting in higher agriculture profits in that season for the Delta Activity area relative to the comparison group.

Agricultural profit increased for all three farming seasons combined for the Delta Activity area. The increase in agriculture profit appeared to be mainly driven by an increase in land under production. While this increase was significant relative to the comparison group, it was offset by an overall decrease in off-farm revenue. In the Podor Activity area, there was no apparent change in agricultural profit from baseline for the main growing season.

The Delta Activity evaluation used a matched comparison group design to estimate the causal effects. The evaluation used survey data to compare the outcomes for households in areas that were exposed to the project’s activities (the treatment group) to outcomes for similar households that were not exposed to these activities (the comparison group). The Podor Activity evaluation used a quantitative pre-post evaluation design, comparing changes in outcomes for households that received newly irrigated land (the treatment group) before and after the intervention. The analysis is supplemented with qualitative data from key informant interviews and focus groups with stakeholders and beneficiary groups. At the interim stage, the exposure period was roughly two years for the Delta Activity and related land interventions (LTSA) and three years for the Podor Activity and related land interventions (LTSA).

Data were collected during the baseline survey from 2012-2013 and during follow-up from 2017-2018, more than a year after the compact ended.

For the final evaluation, Mathematica will revisit the project’s medium- and long-term outcomes to observe changes at four-plus years post-compact and will calculate the project’s Economic Rate of Return.