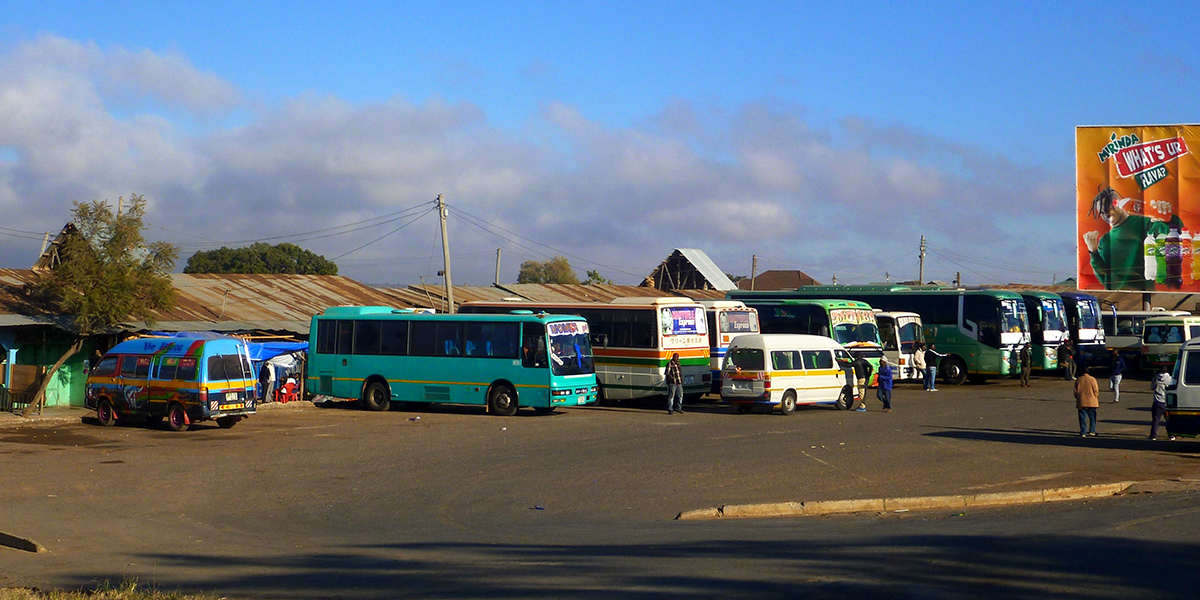 Impact of Roads on Economic Activity

This final performance and impact evaluation was designed to answer the following questions:

Travel times and vehicle operating costs – key determinants of transport costs – fell following the upgrades along all project roads. Average mainland travel speeds increased from 37 km/h to 70 km/h. This cut the 90 km journey from Mbinga to Songea from almost three hours to one and a half. On Pemba, speeds increased from 27 km/h to 59 km/h. Similarly, road condition, measured by road roughness, went from very poor to good across all roads. Facilitated by these better roads and shorter travel times, traffic volumes increased on all roads. From pre-project levels to 2019, annual traffic growth ranged from 5 to 17 percent on the mainland roads, and 28 to 39 percent on the Pemba roads.

Lower transport costs led to increased movement of people and goods for productive purposes. Travel on the mainland roads is primarily for work-related purposes and, on average, over longer distances than prior to the upgrade, including more long distance inter-urban travel. Freight vehicles primarily transport agricultural goods on the Tanga–Horohoro and Tunduma–Sumbawanga roads, whereas minerals and construction materials dominate on the Mtwara corridor.

The road improvements appear to have affected transportation prices and service. On the mainland roads, freight prices dropped 10 to 25 percent following the upgrade, depending on the road. Passenger fares, which are regulated, also came down following the upgrade, and the number of scheduled services along the project roads increased. On Pemba, transportation services have expanded, and road users reported a greater availability of transport options and satisfaction with costs. While roads improvements lowered transport costs, the Mafia Island runway upgrade did not. Aircraft operating costs went down, but there was no apparent change in ticket prices.

Effective road maintenance is critical to realizing their full economic benefits; however, in Tanzania chronic underfunding threatens sustainability. In 2019 road agencies covered at most 60 percent of routine maintenance on the mainland roads and 30-40 percent on Pemba. They also struggle to fund the necessary periodic maintenance funds required to preserve the long-term structural integrity of their road network.

Impact of Roads on Economic Activity

Reducing transportation costs between markets can facilitate greater economic integration and increased trade. Between 2012 and 2017, growth rates (measured by the intensity of satellite-viewed nighttime lights) were 2.6 percent higher in the urban areas that were most affected by the improved mainland trunk roads.

The evidence also suggests that communities along improved roads on Pemba may have experienced higher rates of asset accumulation (a difference of about 0.12 standard deviations) relative to comparable households that were not near the upgraded roads in the years following the upgrade. However, these results are not statistically significant.

MCC considers a 10% economic rate of return (ERR) as the threshold to proceed with investment.

Lower ERRs for the Pemba roads and for the Tunduma -Sumbawanga and Mtwara corridor roads were driven by increases in road construction costs compared to what was originally planned. The MCC ERR for the Tunduma – Sumbawanga road were also higher because baseline traffic volume was overstated by giving equal weight to traffic counts in urban area and along rural segments. The evaluation-based ERRs also exclude indirect benefit streams from improved human capital and agricultural production, which were included in the original MCC ERR but are considered double-counting.

The exposure period was 33 – 80 months after construction. The performance evaluation included modeling (using HDM-4), trend analyses, pre-post, and ex-post methods. Quantitative data was collected over a two-month period in 2019.

The impact evaluations of the Mainland roads and Pemba roads used a difference-in-differences method to detect impacts of road improvements on economic growth rates, using daytime and nighttime lights satellite imagery from the Landsat and the Defense Meteorological Satellite programs, the Tanzanian Demographic and Health Survey, and geospatial location data of the road network and urban areas from the road agencies in Tanzania.