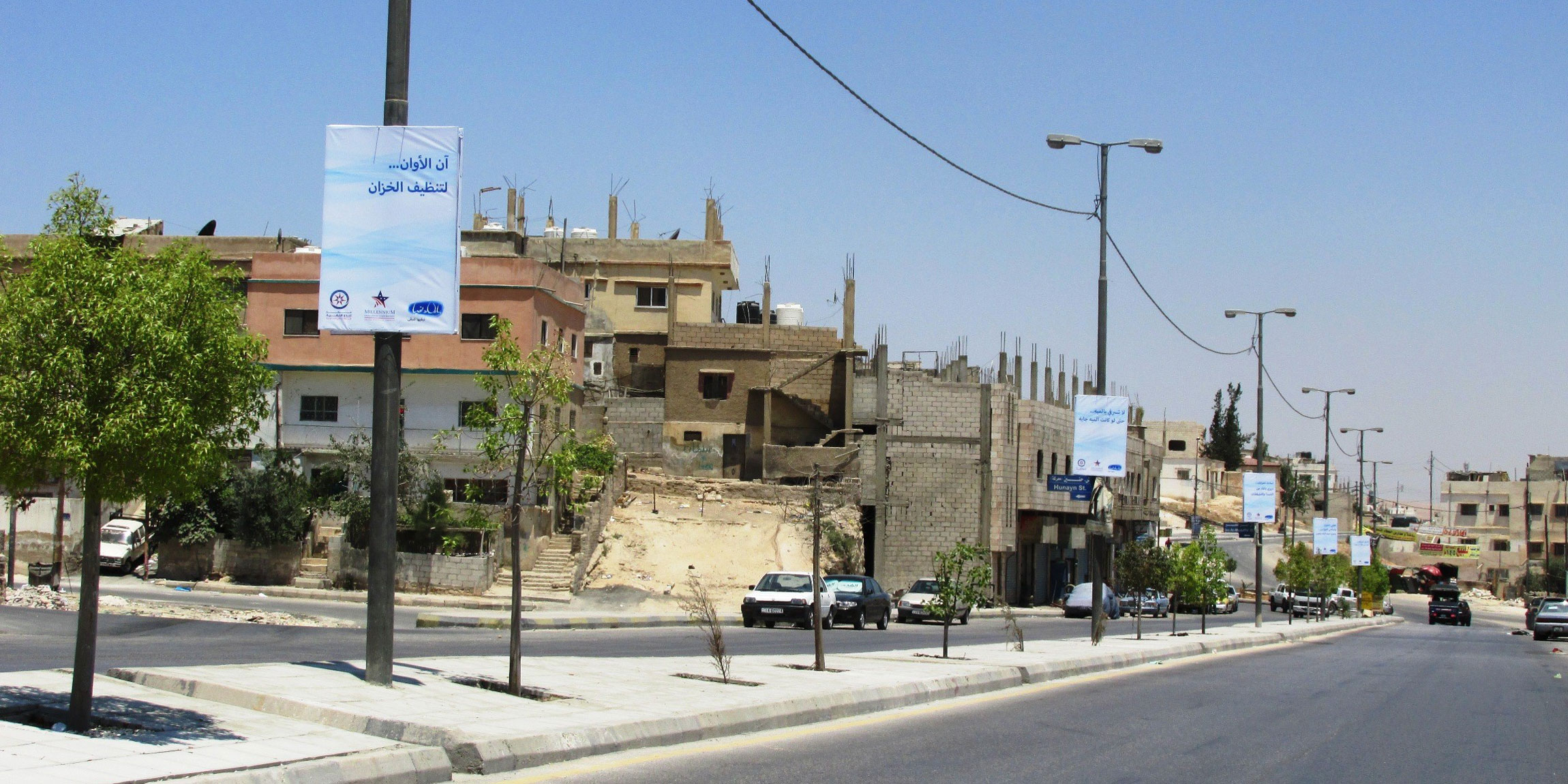 This final impact and performance evaluation was designed to answer the following key questions:

There was no evidence that the WSH outreach campaign changed household water handling, storage, efficiency or potability in Zarqa, as it was intended to do. To start, evidence was mixed as to whether households recalled WSH messaging. Results comparing treated Zarqa households to comparison households in Amman show that the former were slightly more likely, by 3 percentage points, to recall WSH messages than controls. However, these households were also more likely to recall placebo messages not shown in their neighborhoods, by 5 percentage points, suggesting possible response bias. Treatment households were then only 1 percent more likely to report making major changes to water-related behaviors, and therefore household’s water-related costs were ultimately not reduced by the outreach campaign, which was the objective of the project.

The evaluators recommend better integration of future behavior change communication investments with related infrastructure work. During implementation of the Jordan compact, it was discovered that many households preferred shop water, erroneously believing that network water quality was poorer. The theory of change for the infrastructure investments assumed households would shift towards consumption of cheaper network water. This did not materialize, but possibly could have if the communications investments focused on it.

In terms of the resulting economic benefits, households were 9 percentage points less likely to use tankers as their primary water source compared to non-recipient households. Reduced dependency on tankers was reflected in reduced time (eight fewer minutes/week) and reduced costs (4 Jordanian Dollars less/month) for obtaining tanker water, but there was no statistically meaningful reduction in overall household water-related costs, which was the project objective. This could be due to lack of a large enough sample size to detect this change or due to compensating household behavior, such as spending more money on another water-related cost. Similarly, no changes in productivity, health, or well-being were detected though, again, the sample size was small. The evaluator recommends more granular cost-benefit analyses on future investments of this type, as some were quite costly and the outcomes they targeted not likely to be achieved.

Evaluation results show the women plumber program led to long-term capacity and employment opportunities for the 30 women who participated. Respondents reported increased confidence in all skill areas taught, but this increase was greater in their business and marketing skills than technical plumbing skills. Most participants also reported improved employment, and the majority (17 out of 26 respondents) were still working in plumbing even four years after the program. Participants’ median personal income increased by 70 Jordanian Dinars/month, as did overall household income, though it is not possible to attribute this increase to the women plumber program due to the evaluation design, and it is known that another similar program was operating at the same time. Participants suggested the training could be improved by increasing the timing and focusing more on practical training instead of theory.

This investment did not contribute to the project objective of decreasing households’ water related costs. It was never logically related to the project’s objectives.

The results of the outreach campaign and household infrastructure works were measured through two impact evaluations using regression analysis. The outreach campaign used Zarqa areas covered by the public messaging but outside the main compact target areas as the intervention (treatment) group, and areas in Amman that did not receive such messaging as the control. These sub-samples are drawn from the household sample used in the impact evaluation of the full Jordan Compact. The infrastructure sample consisted of NAF beneficiary households in Zarqa. Only NAF households were eligible to receive infrastructure, with the treatment group composed of recipients and the control group composed of NAF households that were screened but deemed ineligible to receive the infrastructure support based on the household’s current infrastructure conditions, land tenure, and socio-economic characteristics at the time of the assessment.

The women plumber program assessment was an ex-post performance evaluation based on interviews conducted with program trainees after compact completion.

Exposure Period: Depending on the evaluation question and associated intervention, and timing of specific data collection, respondents experienced a 20 – 49 month exposure to the program interventions.