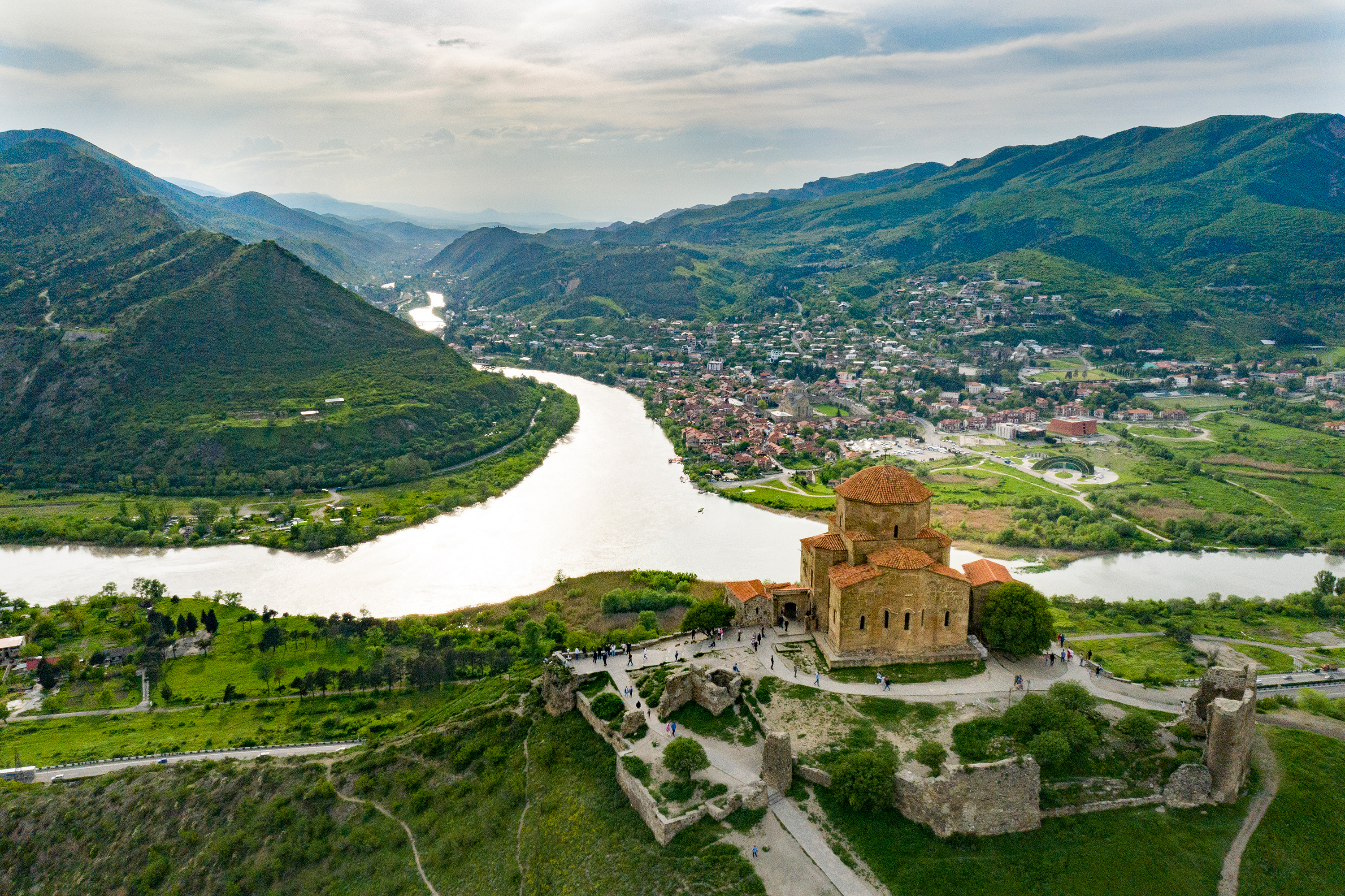 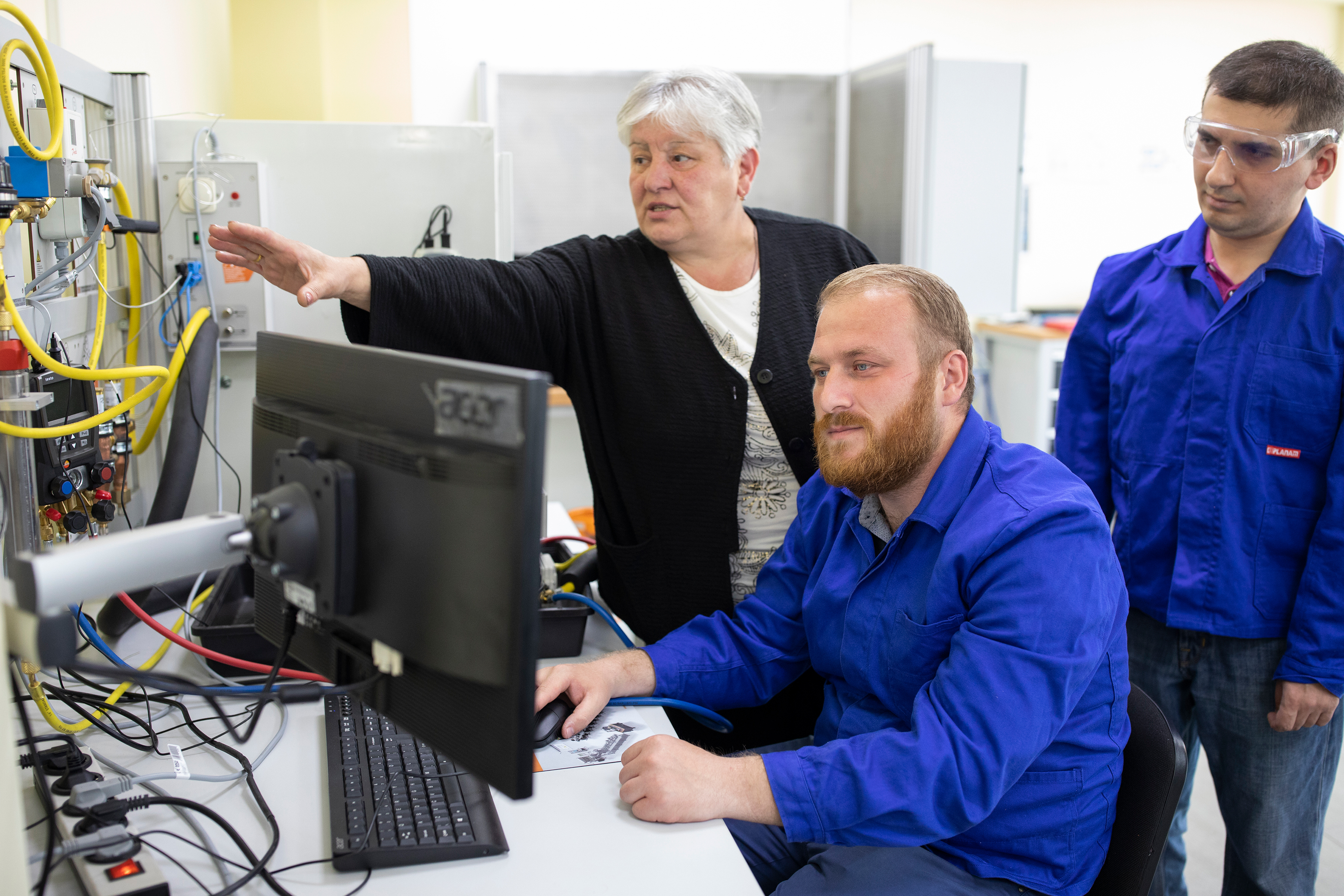 Poverty rates are high in the former Soviet state of Georgia, with sharp disparities between urban and rural areas. Independent since 1991, the country faces high levels of unemployment. One reason for this is the fact that the population of almost four million people lacks the skills that the labor market needs most—training in science, technology, engineering and mathematics (STEM) fields. This mismatch has created a longstanding shortage of human capital in Georgia, one that has been identified as a binding constraint to economic growth.

The need to build quality human capital and equip the next generation of Georgians with in-demand skills, knowledge, and training formed the basis of MCC’s second compact with Georgia. The $140 million compact, launched in July 2013, approached the issue holistically, implementing a range of projects aimed at better education, reduced gender disparities, and building strong partnerships.

The compact approached the task of strengthening Georgia’s workforce by covering the entire spectrum of education in Georgia, from rehabilitating schools, to supporting higher education in STEM fields, training teachers and modernizing technical and vocational education. The compact also targeted the gender disparities that were found to be prominent in the Georgian economy, focusing heavily on increasing women’s participation in the workforce, especially in more lucrative STEM fields.

“Before the rehabilitation, teachers only could do experiments on a blackboard. Now we have science labs so we can see these experiments with our own eyes and it's more interesting.”

Mamuka Khamkhadze, principal of Rustavi Public School Number 4, says that the rehabilitation presents an “extraordinary opportunity to increase and improve” future achievements, in particular because of the STEM laboratories. “Even the students who previously didn’t show particular interest in STEM subjects have now become more involved, which has been reflected in their increased motivation and achievements,” he said.

“When students have a more comfortable and safe and secure learning environment, they're going to learn better.”

“Previously, we were more focused on theoretical knowledge and reading,” says Nana Markhuashvili, physics teacher at Rustavi Public School N4. “But this type of knowledge is easily forgotten and we realized that students need to acquire skills and use them in practice. Now we’ve switched to focusing on acquiring those skills rather than surface knowledge.”

“The teachers say that classroom instruction has become more enjoyable for them as well. They've emphasized that the classrooms have become noisy in a positive sense, which is a good indication that things are changing for better. We've heard the students commenting that their teachers have become friendlier, that the teachers have given them more freedom to express themselves.”

The compact’s holistic approach to education reform in Georgia naturally included tackling gender disparities. Despite outperforming boys in STEM subjects at school, girls in Georgia are often steered into less lucrative careers, meaning that women, on average, earn less than men. As part of the compact, schoolteachers received training in gender bias to curb the tendency to direct girls away from STEM careers.

Jenner Edelman, MCC Georgia Resident Country Director, said that from the very beginning, those involved in the compact’s design and implementation made every effort possible to interest girls and women both in studying STEM and in pursuing STEM careers.

“We have had to convince them and their parents, teachers and principals to look at the data and to break away from stereotypes that STEM isn't for girls or women aren't smart enough to be scientists or engineers,” she said. “If you look at the data, girls in Georgia actually outperform boys on average in STEM subjects. More women in STEM in Georgia just makes economic sense. It's economic empowerment for women, for their families, and for Georgia.”

Partnerships and collaboration played a large role in MCC’s Georgia Compact II, starting with the Government of Georgia—a key U.S. strategic partner in the region that MCC worked closely with throughout. For example, in the Improving General Education Quality Project, MCC collaborated with several government agencies in building local capacity to make sure school maintenance and teacher training would continue beyond the life of the compact.

Georgia faces a shortage of highly-trained professionals in the fields of engineering and computer science. The shortage means that businesses cannot avail of the modern technology and practices necessary to innovate and increase productivity, forcing them to hire foreigners to fill these jobs in some cases.

To address this gap, compact funding established a partnership between San Diego State University (SDSU) and Georgian public universities to deliver U.S. accredited bachelor’s degree programs in the STEM disciplines. In the interests of building local capacity and ensuring the project’s sustainability, SDSU will transition to a support role by 2023, with partner universities gaining the accreditation and certification that will enable them to deliver internationally recognized degrees on their own.

For George Sharvashidze, Rector of Tbilisi State University, this sustainability objective is crucial for his country’s future. “That's exactly how the program can have a lasting impact,” he said, “not only during the duration of the grant period, but I believe many generations of Georgians will benefit from accredited education in this country for years to come.”

Tamar Basiashvili, a biochemistry student at SDSU Georgia, believes that the program will serve as a model for Georgian academic institutions. "It allows us to see much more closely what we should strive towards,” she said. “I do really hope that the Georgian education system is going to reform and provide better opportunities to students as well as to some of the professors and teachers here in Georgia.”

Tamar added, “SDSU Georgia allowed me to see how big the opportunities are in the field and what is out there in the world.”

Tamar is one of many female students pursuing an interest in STEM thanks to the SDSU partnership. The STEM Higher Education project resulted in a student body that was 36 percent female—impressive even by American STEM higher education standards. SDSU in Georgia also created a Women’s Empowerment Club, which provides peer mentoring and support to female STEM students through mentorship by a female chemistry professor. Through the compact, SDSU in Georgia also created a career development center and held internship and career fairs, which helped prepare female students for their eventual job search and challenged stereotypes by introducing potential employers to qualified female STEM students.

Georgia inherited a run-down Soviet Technical and Vocational Education and Training (TVET) system, held back by a centralized and top-down bureaucracy. TVET institutions were in a state of disrepair, staff skills were neglected, and many graduates were not well-positioned to obtain employment in a changing labor market. Also, existing TVET programs reflected substantial gender disparities in STEM fields.

As part of the compact, 10 Georgian public and private TVET providers received large grants to scale up or introduce new programs in partnership with firms and institutions such as CISCO, British Petroleum, Pearson, the University of Finland, the Technical University of Munich, Wageningen University and Research, Deutsche Bahn, and many others. One such initiative is a new dual learning program that the Railway Transport College has developed. The program is very popular because graduates are offered opportunities for apprenticeships and eventually jobs.

Lasha Kareli is one of nearly 2,000 students so far who has benefited from the MCC-funded overhaul to Georgia’s TVET system. Lasha, 25, studied business administration at university and also pursued a master’s degree. But he lacked a specific profession. Then, through social media, he discovered a vocational program at Community College Spectri, and joined the program to become an air conditioning technician. “This profession is quite popular, and with the development of tourism, it’s also in high demand,” Lasha said. “It's possible for people my age to get hired, but high salaries are rare. This is one reason I decided to study in this college. This profession offers high salaries and it is high in demand on the market.”

TVET fields in Georgia have traditionally been male-dominated, but collaboration with the U.S. Embassy in Georgia and the private sector exposed TVET providers to recruitment tools to increase female enrollment. They received a three-week tour of U.S. community colleges that have a successful track record of recruiting and graduating women in traditionally male-dominated programs, and also received training on delivering more gender-aware and inclusive TVET teaching.