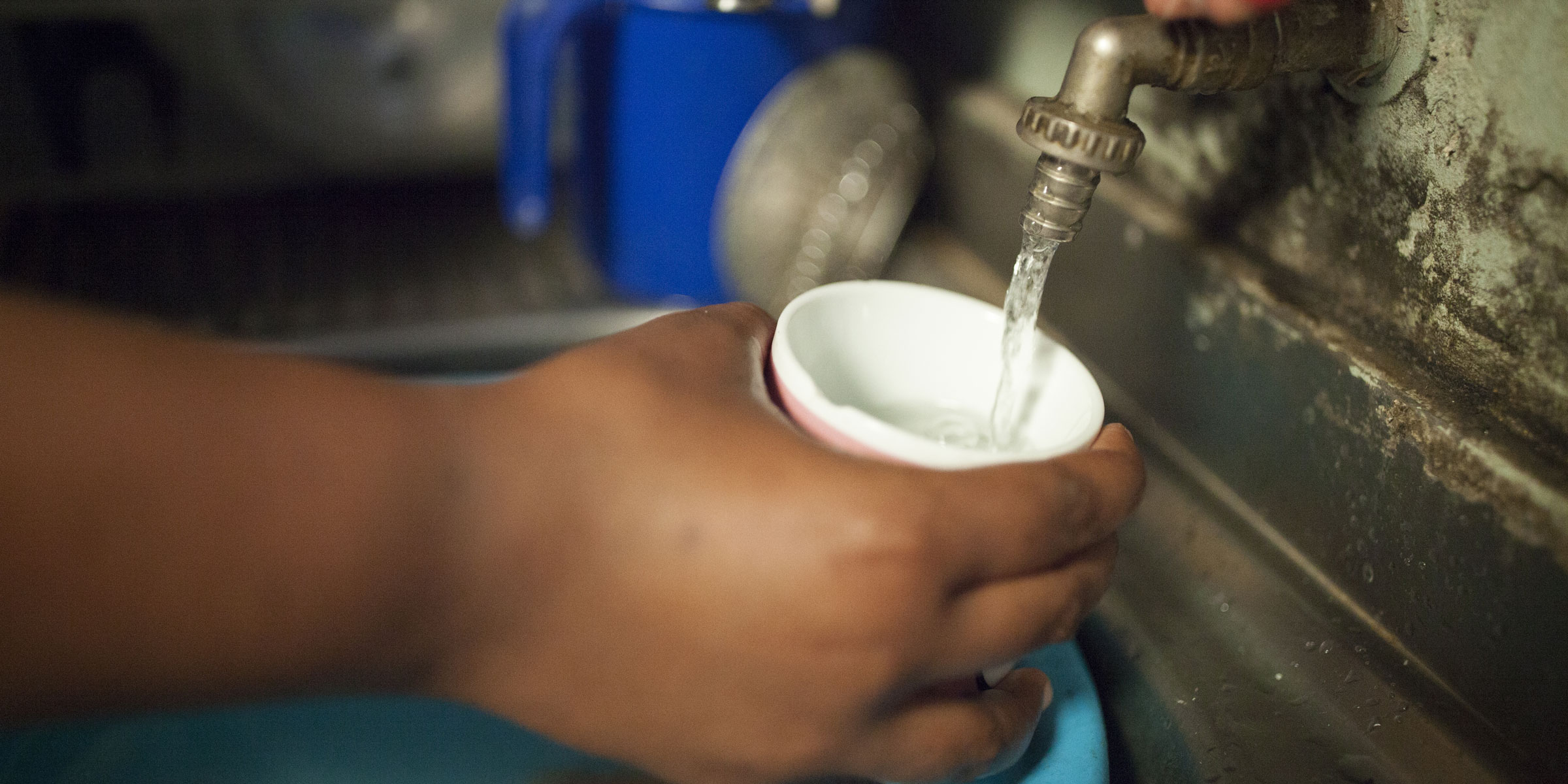 MCC’s $66.2 million Cabo Verde Compact II (2012-2017) funded the $41.1 million Water, Sanitation, and Hygiene (WASH) Project. The project aimed to improve service delivery and increase households’ access to piped water and sanitation by strengthening the institutional and regulatory environment; creating a new, financially sustainable corporatized water utility; funding infrastructure rehabilitation and expansion; and subsidizing household connections to the water and sewer networks. The reforms were expected to increase government and donor investment in the WASH sector. The project was based on the theory that increasing access to piped water would lead to increases in household productivity, particularly for poor households, by reducing the cost and time spent collecting water and increasing the amount of water consumed.

This interim performance evaluation was designed to answer the following questions, with a focus on short-term results (within one year of the end of the compact). Some questions are linked to multiple project activities and results and are answered more comprehensively in the full report.

The project supported the creation of the National Agency for Water and Sanitation, which was responsible for policy and planning for the WASH sector and regulating the quality of water provided by utilities. Under the new regulatory model, when the Economic Regulatory Agency sets tariffs for corporate utilities, it balances financial sustainability with the utilities’ mandate to provide affordable, high quality services. However, Cabo Verde does not have a national system for identifying the poor, so there was no way to target water subsidies to households in need.

Many factors facilitated the establishment of the new water utility, AdS, including effective communication strategies and stakeholder engagement, financial support from the WASH Project, and the example of other successful corporatized utilities in Cabo Verde. In its first two years, AdS added over 1800 new customers and increased the volume of water it provided. AdS estimated that in 2018 roughly 60 percent of the water in its network was non-revenue water, either leaking out or never billed to customers. AdS worked to find ways to reduce non-revenue water, but it remains a major financial challenge that the utility needs to do more to address. At the same time, AdS made notable improvements in the bill collection rate.

lthough the majority of AdS’s customers were satisfied with various dimensions of the service quality they received from AdS, there was still ample room to improve. In particular, availability of piped water was highly variable. Evaluation survey data showed that AdS’s increasing block tariff (in which customers were charged a higher price for higher levels of consumption) was highly regressive, since most of the subsidized water in the first block was consumed by non-poor customers. Moreover, because almost half of AdS’s billed water fell in the first block, the utility struggled to achieve cost recovery: the price of the first block was barely above what AdS paid for the desalinated water it distributes.

Access to piped water increased compared to the project baseline in 2011, and the share of households that relied on public fountains fell. Access to improved sanitation also increased since baseline, but a fifth of the population still does not have access to any sanitation facility. Furthermore, the share of households without any sanitation facility was reduced by nearly half between 2011 and 2018.

Water consumption was relatively low on Santiago—the average household consumed 40 liters per person per day in 2018. Poor households, who are less likely to be connected to the piped water network, consumed far less water than non-poor households—an average of 24 liters per person per day. While there is no reliable baseline data for this outcome, it will be possible to compare water consumption between the interim and endline rounds of the evaluation in the future.

This performance evaluation assesses the short-run effects of the project within the first year after its completion, using the project logic model developed by MCC to determine outcomes and assumptions to be explored. The evaluation consists of a process evaluation of project activities; a pre-post analysis of household survey data and administrative data; and case studies of a targeted selection of infrastructure projects. The interim findings in this brief are drawn from the following data sources:

Results from a final round of the performance evaluation are expected to be available in 2022.