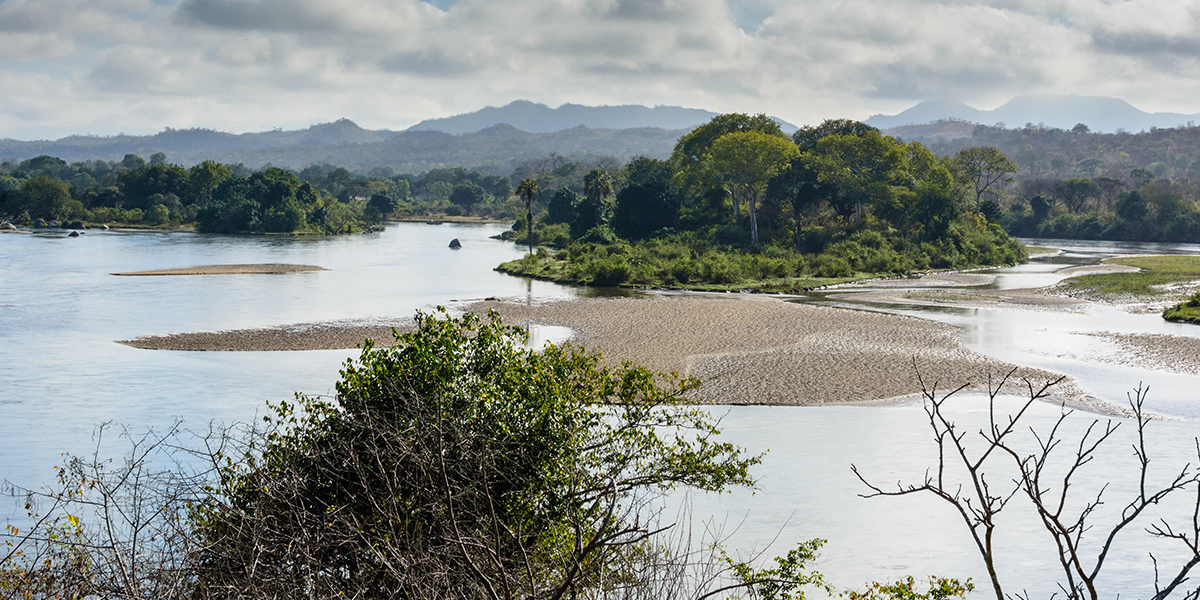 MCC’s $345 million Malawi Compact (2013-2018) funded the $20 million Environmental and Natural Resources Management (ENRM) Project. Consistent, reliable, and affordable electricity is a key constraint on Malawi’s economic growth, so the program aimed to reduce disruptions and increase the efficiency of hydropower generation. The Weed and Sediment Management Activity provided equipment to remove sediments and weeds in the Shire River that hinder hydropower generation. The ENRM Project and the Social and Gender Enhancement Fund created a grant facility to promote sustainable land management. The project also sought to establish an environmental trust to fund land management activities post-compact.

These final performance and impact evaluations were designed to answer research questions including:

The Weed and Sediment Management (WSM) Activity contributed to reductions in weed- and sediment-induced hydroelectric losses. Following the procurement of weed harvesters and a dredge, the annual tonnage of weeds and sediment removed from the Shire River increased substantially, despite initial purchasing, procurement, and technical challenges. After receiving the WSM equipment, EGENCO’s real monthly expenditures on weed and sediment management have both increased. Weed removal volumes at the Liwonde barrage have exhibited a strong upwards trend since the new weed harvesters began operating, and harvesters are less likely to be idle for entire months at a time. Between April 2020 and December 2021, EGENCO dredged an estimated 1.17 million cubic meters of sediment at Kapichira, which exceeded the target peak removal rate of 616,000 cubic meters per year. Across three of its hydropower plants, EGENCO’s electricity generation losses due to weeds and sediment were reduced following the operation of the new equipment. Weed-related electricity generation losses for Nkula, Tedzani, and Kapichira dropped an average of 552, 82, and 178 megawatt hours (MWh) per month respectively, and sediment-related losses decreased an average of 178, 340, and 326 MWh per month respectively.

The Shire BEST environmental trust was successful in establishing a governance system with a complete board of trustees composed of integral energy and water stakeholders. Although the trust was intended to be a sustainable financing mechanism for environmental interventions in the Shire River Basin, its inability to attract sufficient funding has thus far constrained its potential to be an effective grant-maker of catchment restoration activities to counteract watershed degradation. Since its inception, the trust has disbursed funding to one grantee in 2019/2020 to support catchment restoration activities in the Lisungwi-Mwetang’ombe sub-catchment in Neno District, but Shire BEST was forced to terminate the contract six months into the partnership in order to repurpose the funds for its own operating costs.

ENRM Project activities led to significant reductions in weed- and sediment-related electricity losses, both in terms of electricity output and total hours of production. The average difference between pre-treatment and post-treatment periods was respectively 1.74 gigawatt hours of avoided monthly electricity losses and 79 hours of less downtime across all three hydropower plants. Hydropower reliability also improved. Between 2020 and 2021, plant availability, or the percentage of time a hydropower plant is able to generate electricity, exceeded the end-of-compact target of 89 percent across all three generation sites, though each plant spent several months below the target levels during the treatment period. Since sustainable land management practices have yet to be scaled up throughout the Shire River Basin, weed and sediment management activities will have to continue in order to sustain the benefits observed in the evaluation.

For the performance evaluations, Mathematica collected both qualitative and quantitative data, drawn primarily from site visits; project implementation and monitoring documents; a review of documents produced since the compact closed; and key informant interviews conducted between July 2021 and January 2022 with employees from EGENCO, the Malawi Millennium Development Trust, MCC, and staff and trustees of Shire BEST. Where quantitative data were available for the WSM Activity, a descriptive trends analysis was conducted alongside the qualitative analysis to identify patterns in time-series data.

For the impact evaluations of the WSM Activity and the overall ENRM Project, Mathematica applied an interrupted time series (ITS) methodology. The ITS method estimates a pre-intervention trend from routinely collected time-series data for periods prior to the Activity in order to make predictions for subsequent periods. Those predictions are compared against observed data in the post-Activity period, with the estimated difference between the two interpreted as the Activity’s impact under a set of stated assumptions. Mathematica applied this method to electricity and weed/sediment management outcomes using administrative data from EGENCO.

The exposure periods for our analyses are specific to the intervention of interest. Since the weed management equipment at Liwonde became operational in May 2018, the exposure period to observe impacts extends up to approximately 3.5 years (through December 2021). Dredging operations began at Kapichira in April 2020, and therefore the exposure period is shorter, with 1.5 years to observe impacts. For both interventions, improvements in hydropower productivity would be immediate and increasing in magnitude over time as the underlying problem—excess weed undergrowth or sediment deposition volume—is resolved. When assessing overall impacts from the combination of weed and sediment management equipment, we apply the earlier treatment start date which results in a 3.5 year exposure period. For the Environmental Trust Sub-Activity, because Shire BEST roughly became operational in mid-2018, its exposure period for analysis also roughly 3.5 years.